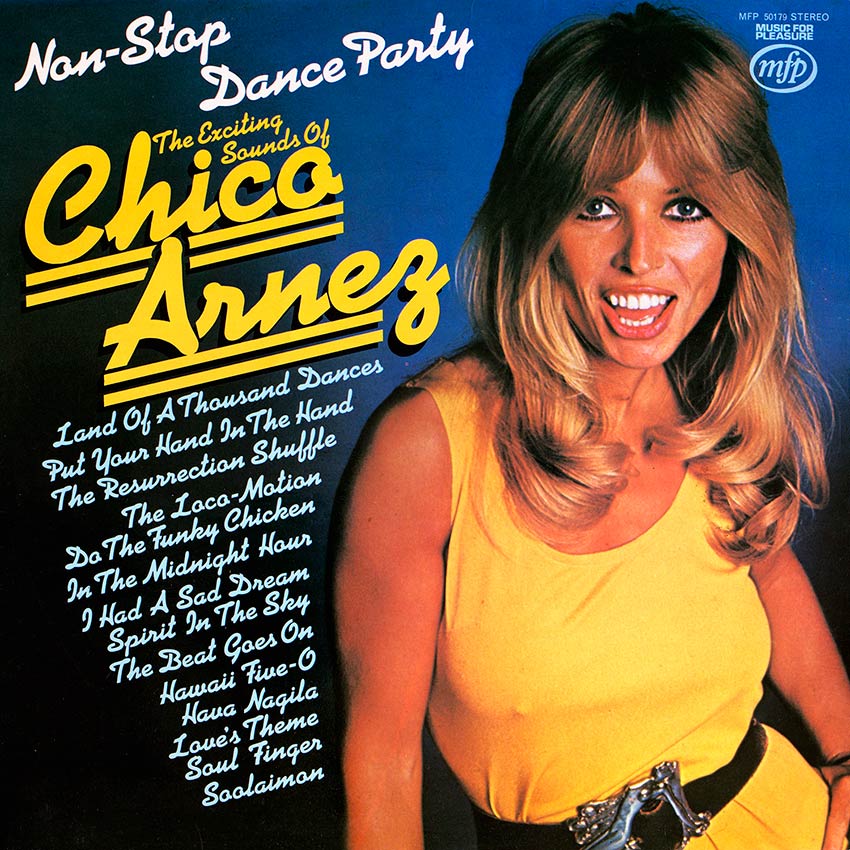 Regular listeners to BBC Radio 2 will be familiar with infectiously catchy stylings of Chico Arnez, thanks to all year-round appearances on programmes such as “Late Night Extra”, “Night Ride” and the Tony Brandon, Charlie Chester and Joe Henderson shows.

Twenty years in the business has brought the ultimate degree of professionalism to Chico’s music, and he has a dazzling stage show to back it up, utilising strobe lights, slides, movies and a machine which blows bubbles over the audience!

But the essence of it all is the happy, good-time dance sound itself – ideal party fare as is obvious from one listen to this non-stop collection of some of the best numbers to grace the pop charts in recent years.

Chico carries a 14-piece line-up including a rip-roaring brass section, pulsating rhythm and four voices. Their distinctive brand of excitement has carried them around the world, playing in such places as Hong Kong, Japan, Australia and Europe, as well as here in Britain.

Chico himself sings, as well as directing the band and playing double-bass and a little piano, while the inventive arrangements stand to the credit of Chico, John Clark and John Osborne.

Over the years half-a-dozen albums have helped carry Chico’s talents to the public and each time he has gone one better. On this record there are the soul classics Land Of A Thousand Dances, a hit for Chris Kenner and Wilson Pickett, Do The Funky Chicken, which marked the greatest triumph of Memphis Sound veteran Rufus Thomas, and Pickett’s memorable In The Midnight Hour. Sonny and Cher’s The Beat Goes On, the infectious Resurrection Shuffle, the gospelly Put Your Hand In The Hand and the heavy rocker Spirit In The Sky also get a new lease of life.

The fourteen exciting new arrangements on this album make it right for any party “so get ready to dance” non-stop!
Roger St. Pierre