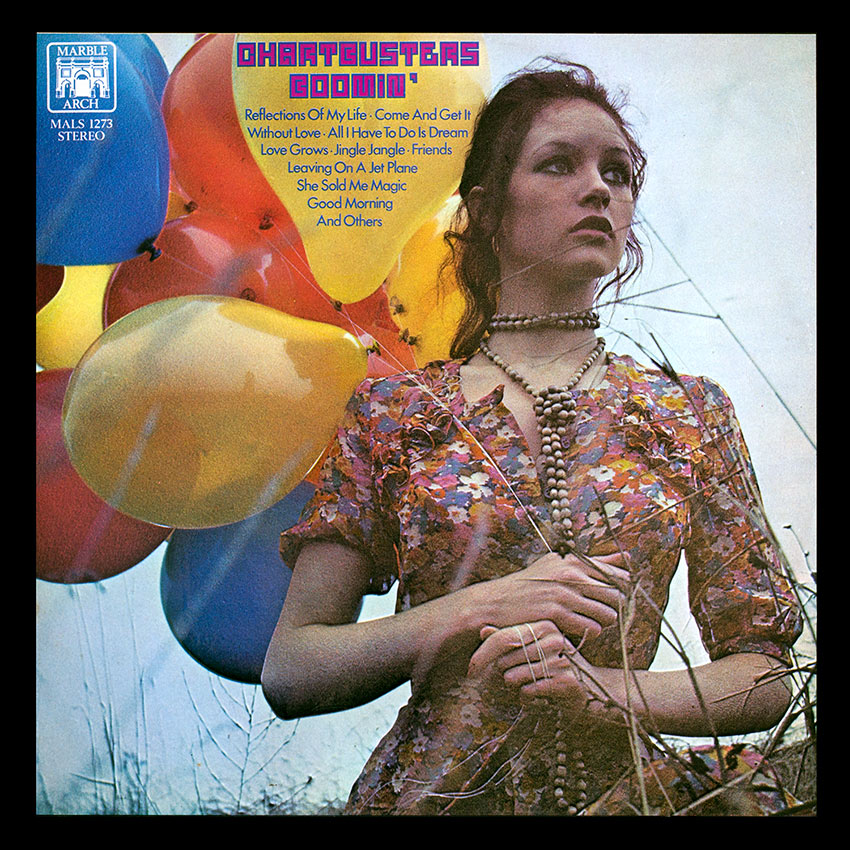 Those Chartbusters experts have been at it again and on this particular album their labours have been directed toward selecting those spectacular hits that not only take the entire pop music industry by surprise but also provide it with a rare kind of excitement.

It’s an excitement made very obvious when a song like “Love Grows” zooms to the top of the charts within about three weeks of release and when pop composers can write such beautiful pieces of material as “Reflections of my life” and “Leaving on a jet plane”.

But because the experts who compile these albums as well of course as the artists and musicians who perform them, are so adept at their job they make certain that their selection ranges far and wide over the contemporary pop scene. They’ve managed to include, for instance that very clever piece of contemporary philosophy so beautifully put in “Come and get it” as well as such purely commercial offerings as “Good morning” “She sold me magic” and “Hitchin’ a ride”. Then at the other end of the musical scale are songs like “But you love me Daddy” and “All I have to do is dream”.

Certainly with this album the experts would seem to have excelled themselves in their choice of material and there may well be those who would say that, if this is so, then it reflects a certain upward trend in the quality of contemporary pop music. But let’s leave the analysis to those who love to argue; for most of us the whole point of an album like “Boomin Chartbusters” is pure enjoyment and if that’s what you’re looking for then just relax, it’s all here.