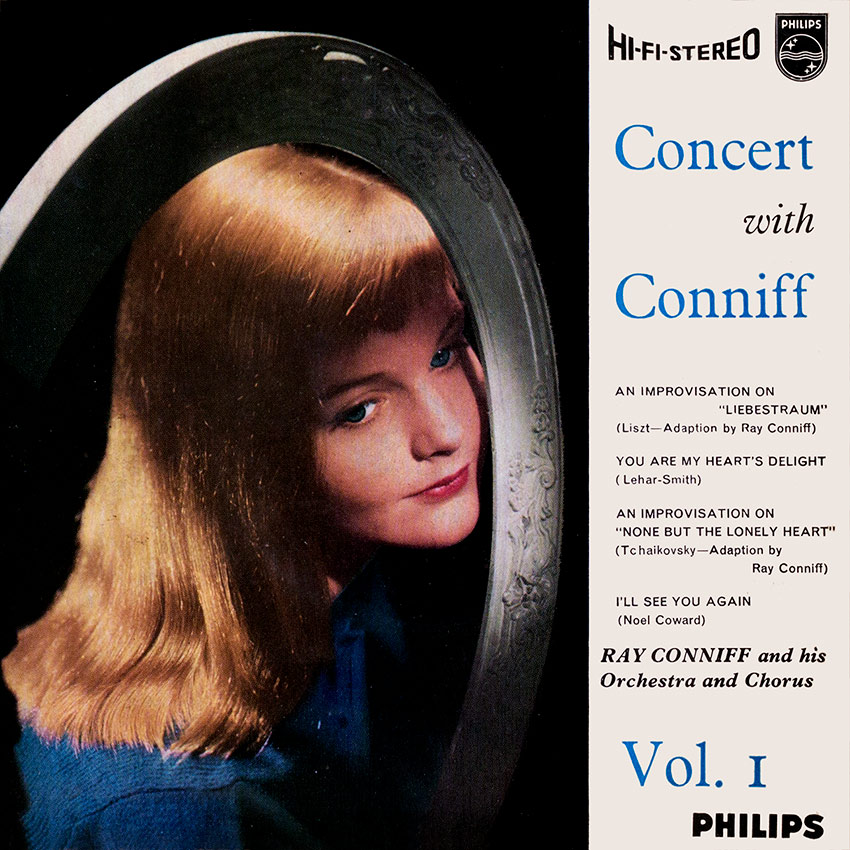 A rare 7 inch E.P. (Extended Play) record from 1960. During the sixties E.P.s were a common release format and artists like The Beatles and The Rolling Stones released several during their early careers. They were always accompanied by a picture sleeve, usually glossy which made them a collectible item. This Ray Conniff E.P. features four tracks: An Improvisation On “Liebestraum”, You Are My Heart`s Delight, An Improvisation On “None But The Lonely Heart” and I`ll See You Again