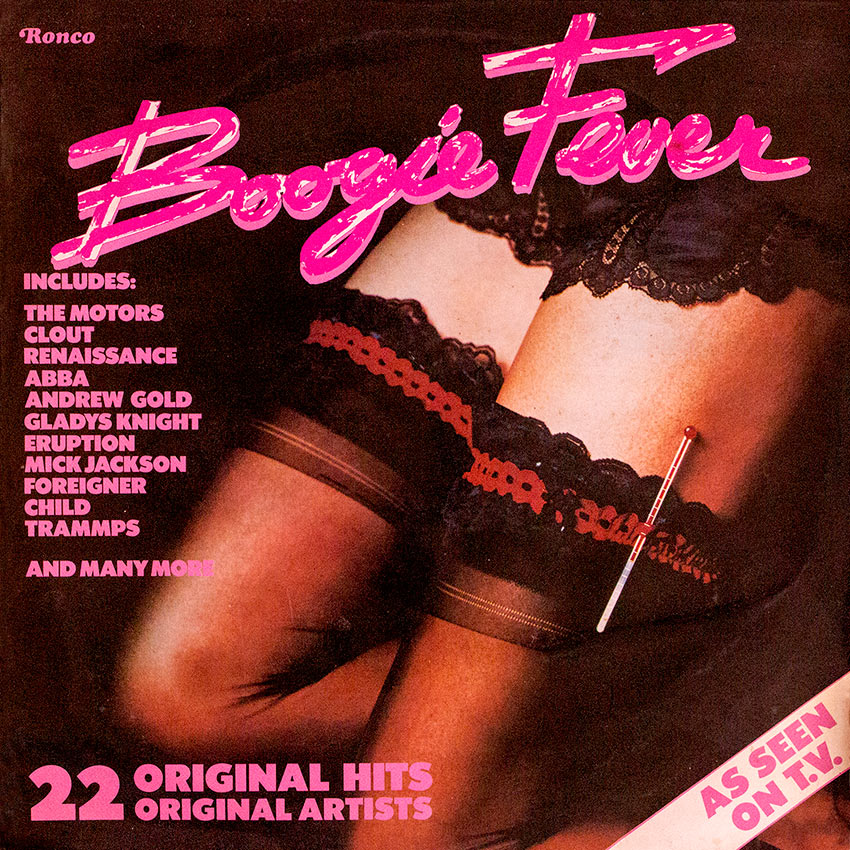 Ronco Records was a hugely successful label in the seventies and eighties churning out compilations with regularity. Originally a company that sold cheap household gadgets such as those you might see on late night TV after regular programming has ended, it branched out into records in the early seventies and only stopped when hit by the success of the “Now That’s What I Call Music…” series in the mid eighties. Ronco, like it’s rival K-Tel, crammed as much onto an LP as it could with the result that most recordings manifested low fidelity and volume. This particular issue states on the sleeve notes that “In order to preserve the highest quality of sound the original durations of some tracks have been changed” aka shortened. The cover itself combines sexiness with a literal interpretation of the title by use of the suggestive thermometer courtesy of photographer Jerry Mason and sleeve design team Design Machine. Strangely track 1 side 1 “Airport” by The Motors is possibly the least ‘boogie’ like song ever recorded.