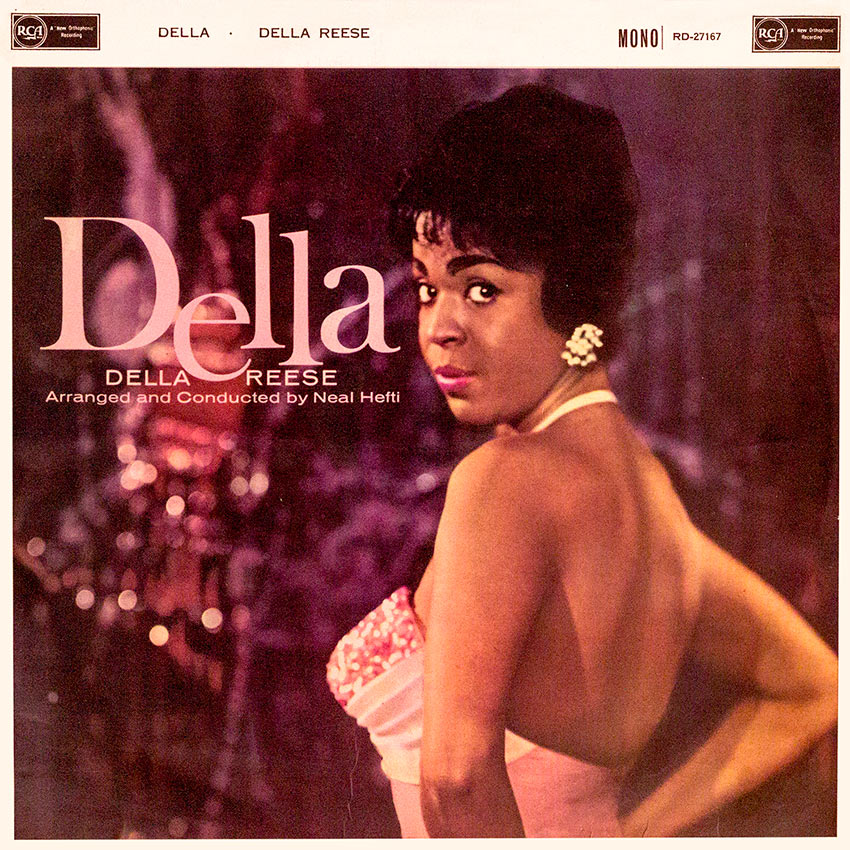 We have always admired Della Reese’s singing and were enormously pleased when the opportunity came fur as to bring her to RCA. We began her RCA history with a single recording, Don’t You Know, that underlined her warm, lyrical quality in ballads. In preparing her first album for as we felt that new Della’s considerable capacities for swinging should be given freedom.

We decided on Neal Hefti as the arranger and conductor for these sessions because he has the range of experience and insight as well as the technical skills to provide exactly the right complement to Della’s style.

Our role as A&R men is to arrange marriages – between a song and an artist, between an artist and an arranger. We wanted to take special can with Della’s first RCA album, and accordingly we bad at least half a dozen conferences with Neal before he even began to write.

Della was on the West Coast during some of the preparatory sessions. We’d arrange for her to be in a studio with a piano, call her, discuss the tunes and arrangements, and she in turn would send us tapes of her ideas.

What resulted, therefore, was an album in which the framework for each song has a distinctive character – the best possible that we felt could be devised both for the song and for Della’s musical personality.

We want to make clear how much respect we have for Della’s talent. She’s young, has already accomplished so much, and has years to grow even more. We believe she will be one of the greats of show business, not just an artist with a few hits. In fact, we’ll go on record as saying that Della Reese will be among the top ten popular entertainers in the next decade.

Della’s career has been remarkably diversified. She was a member of the gospel group of the nonpareil Mahalia Jackson by the time she was thirteen and during her college years. Wayne University in Detroit, she formed her own gospel unit,”The Meditation Singers”.

Della began to branch out into blues and pop music at the Flame Club in Detroit. She gathered more experience with Erskine Hawkins, and, more recently, as an increasingly successful headline performer in clubs, theatres, and on radio and TV. She’s also been in films (Columbia’s Les Reek) and her reputation has become international.

We feel that now on RCA, Della Reese’s career will reach even more impressive levels. And we fully intend to select those songs and arrangers that will make it possible for the public to know all of Della Reese. She is unique in the popular field in that she can do so many things well. In this album you’ll hear how warm she can be and how fully she can swing.

We suggest you pay special note to the way she uses words. It’s very much like the way a musician uses an instrument. She bends, bites and projects the lyrics of a song in a way that no artist we know can do. We are delighted to have helped bring this album into being.