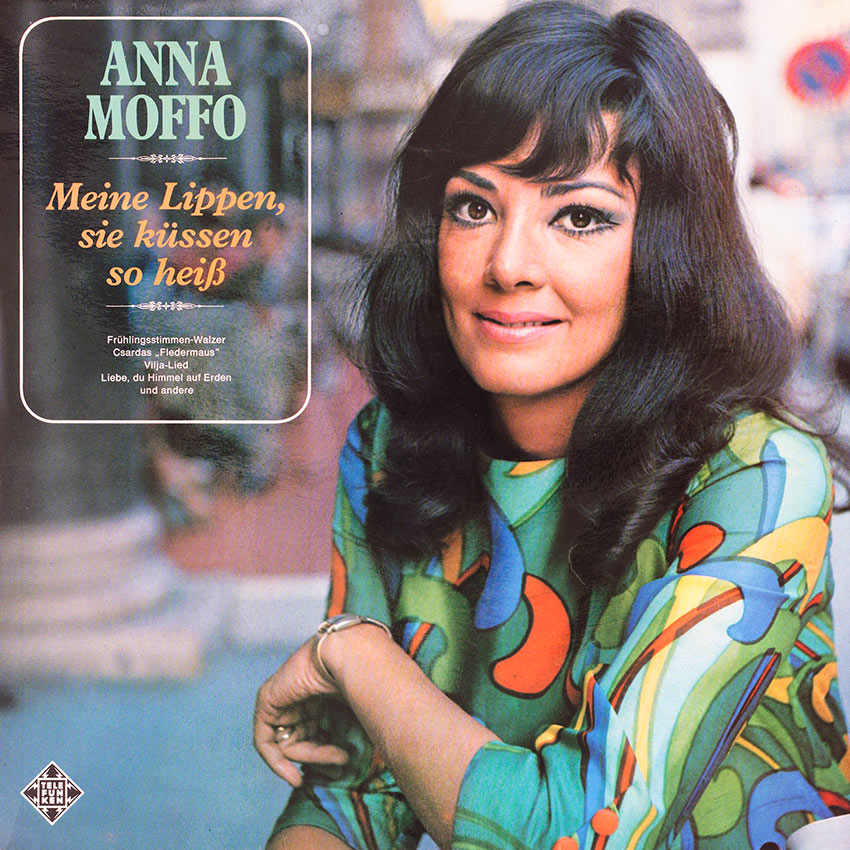 Anna Moffo was born in Wayne, Pennsylvania to Italian parents. Already in her early years she showed a special interest in music, especially in the folklore of her native Italy. Initially, Anna Moffo intended to study history and literary history after finishing school. However, friends – and not least her parents – dissuaded her from this plan and let her voice be trained.

A scholarship from the Fulbright Foundation made it possible for her to stay in Rome, as well as an apprenticeship in Perugia. In addition to singing lessons, she also completed her piano skills in Italy. In a relatively short time Anna Moffo had a considerable repertoire “on it”, so that she was occasionally brought to the opera in Rome and La Scala in Milan. The directors and conductors pricked up their ears when the news went through the press that ‘Anna Moffo had Elisabeth Schwarzkopf, who fell ill, sang a program of new and modernist songs with great success. La Scala engaged her on the spot. In 1955 she performed at the Spoleto Festival.

Riere began in 1958 when Herbert von Karajan engaged her as Anna for his new Falstaff production in Milan. Karajan took the young singer with him to the Salzburg Festival in this role. From then on, the doors of the most important opera stages in the world opened to the Moffo. She sang in Paris, Vienna, Stuttgart, Buenos Aires, San Francisco, Chicago and many other cities. She is a permanent member of the Metropolitan Opera in New York, whose first season after the new building Anna Moffo began in 1966 with the Traviata. In the opinion of the international press, the singer’s high level of artistry seems to be best demonstrated in this role. The Moffo repertoire includes around 150 roles from opera, operetta, musical and vaudeville. Anna Moffo is married to the director Mario Lanfranchi, with whom she lives near Parma. Anna Moffo has recently emerged as a television star several times, for example in a much-discussed television production of Giacomo Puccini’s “Butterfly”. In addition to Violetta in “Traviata”, there are Manon (Massenet), Mimi, Gilda and the Lucia on the most important roles of the singer.