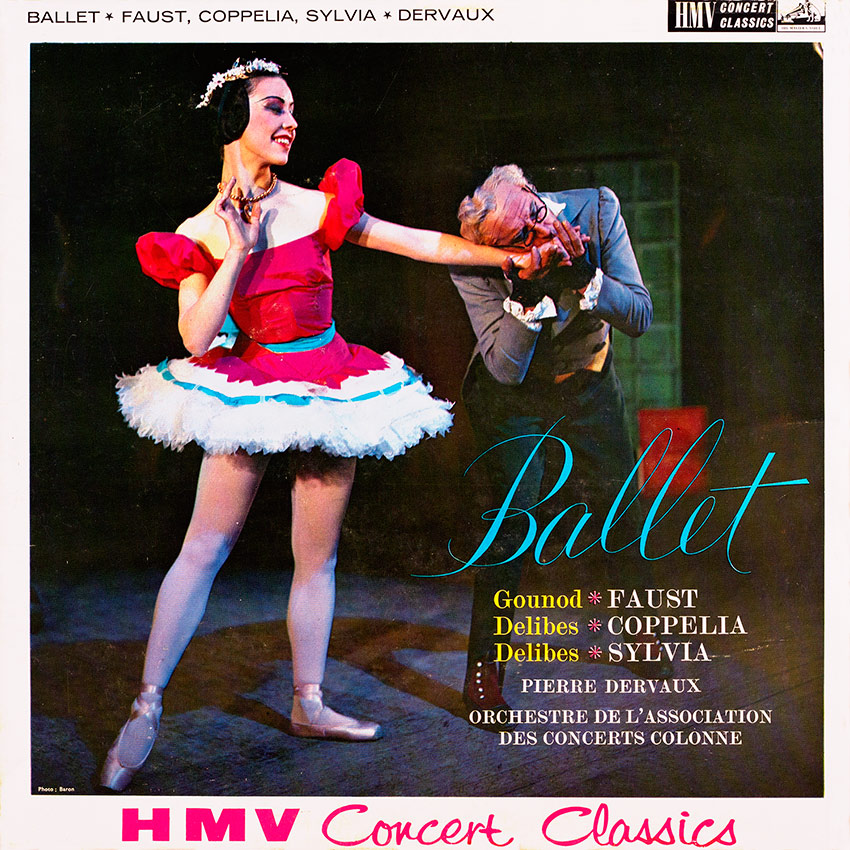 CHARLES GOUNOD was born in Paris in 1818 and entered the Paris Conservatoire in 1836. Faust, his greatest success, was first produced at the Theatre Lyrique in Paris on March 19, 1859. The ballet music, which comes at the beginning of Act V, was specially written when the opera was first produced ten years later at the Paris Opera.

Mephistopheles leads Faust to the Brocken in the Hartz Mountains where he witnesses the revels of Walpurgis Night. In the course of the ballet Faust is introduced to the famous courtesans of history, including Helen of Troy, Cleopatra, Lai’s and Phryne, and at the end he is shown a vision of Marguerite. The music consists of seven numbers. This ballet, although it has very little to do with the opera, and serves merely to hold up the action, contains some of Gounod’s most attractive music. Most modern productions omit the ballet, and even where given it is usually inadequately staged. In Soviet Russia, however, it has achieved considerable popularity, even to the extent of occasionally being given separately. The Bolshoi Ballet presented it like this in London, with choreography by Leonid Lavrovsky, in a version that dispenses with most of what the libretto quaintly calls ” the courtesans of antiquity ” and concentrates on a magnificent rout of astonished nymphs and eager satyrs.

LÉO DELIBES, one of the finest composers of ballet music in the t 9th century, was born in the French village of Saint-Germain-du-Val in 1836. He entered the Paris Conservatoire in 1847, where he studied under Adolphe Adam, the composer of Giselle. Delibes’ early works were nearly all operettas, but in 1866, while he was on the stall of the Paris Opera, he had the opportunity of collaborating with Minkus on the ballet La Source. His first full-length ballet, Coppélia, was produced at the Opera by Arthur Saint-Leon on May 25, t 87o, and its successor, Sylvia—with choreography by Louis Merante—received its first performance on June 14, 1876. Although Delibes did not die until 1891, his later years were given over principally to opera and he never again returned to ballet.

Side I, Band 2—Prelude (Andante)—Mazurka—Ballade (Moderato)

The story, freely adapted from E. T. A. Hoffmann, is set in a small Hungarian village and the principal characters are Swanilda, her somewhat fickle lover, Frantz, and a crabby old inventor, Dr. Coppelius. Dr. Coppelius has constructed a mechanical doll (Coppélia) that the villagers believe to be alive. Swanilda and her friends steal into Coppelius’s work-shop, and Swanilda finds out the doll’s secret. Inter-rupted by the inventor’s return, she takes the place of the doll to avoid discovery, while her friends run out. The flirtatious Frantz also wants to make Coppélia’s
acquaintance and he too breaks into the house, only to be caught by Coppelius. The Doctor, seeing his opportunity, drugs the boy and seeks to transfer his soul into the doll by the use of magic. The doll—who is now really Swanilda—obligingly comes to life, and the old man thinks he has succeeded. Eventually Swanilda explains her deception to the stricken inventor. But all ends happily with the marriage of the two lovers.