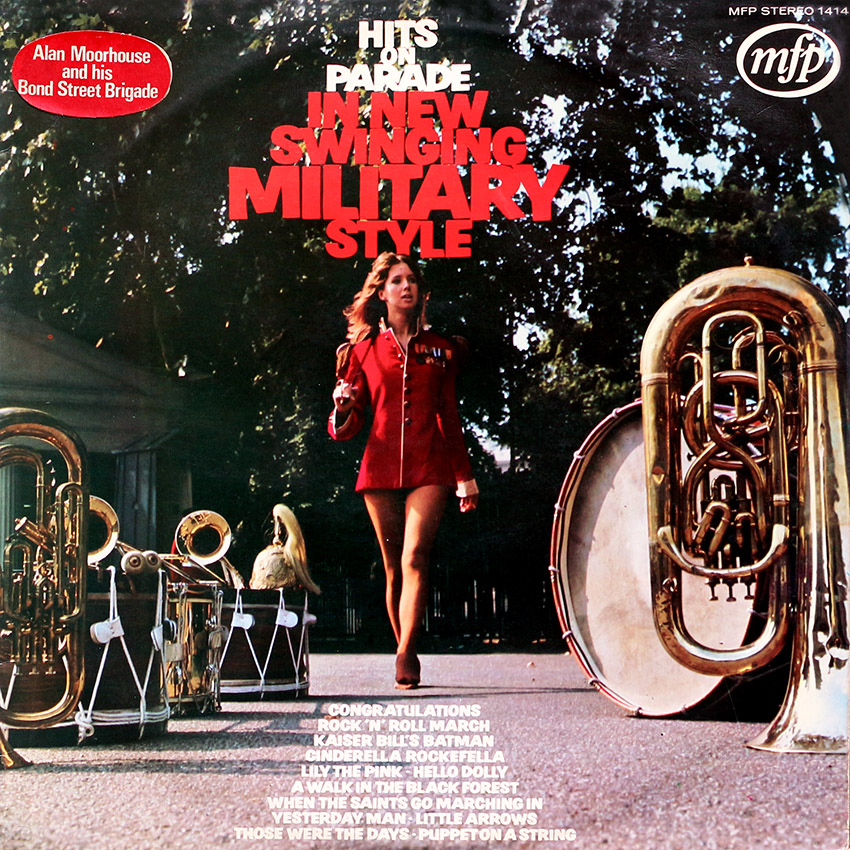 Hits on Parade is an album which incorporates a wide variety of popular tunes. Each has a well defined, bouncy rhythm and lends itself to a march theme, the theme of this record. Puppet on a String proved to be a winner for Sandie Shaw in the 1967 Eurovision Song Contest and the following year Cliff Richard came close to winning the same contest with Congratulations. The Scaffold burst into the pop scene with their jaunty records and their Lily the Pink forms quite a contrast to the delightful tune of Those were the Days that took Mary Hopkin sailing into the hit parade. Leapy Lee obtained his first chart success with Little Arrows as did Esther and Abi Ofarim with their Cinderella Rockerfella although Esther and Abi were very well known on the continent beforehand. All these tunes, plus many more can be heard on this record, excitingly recreated in stereo by talented studio artists who successfully capture the original atmosphere of each hit in turn.