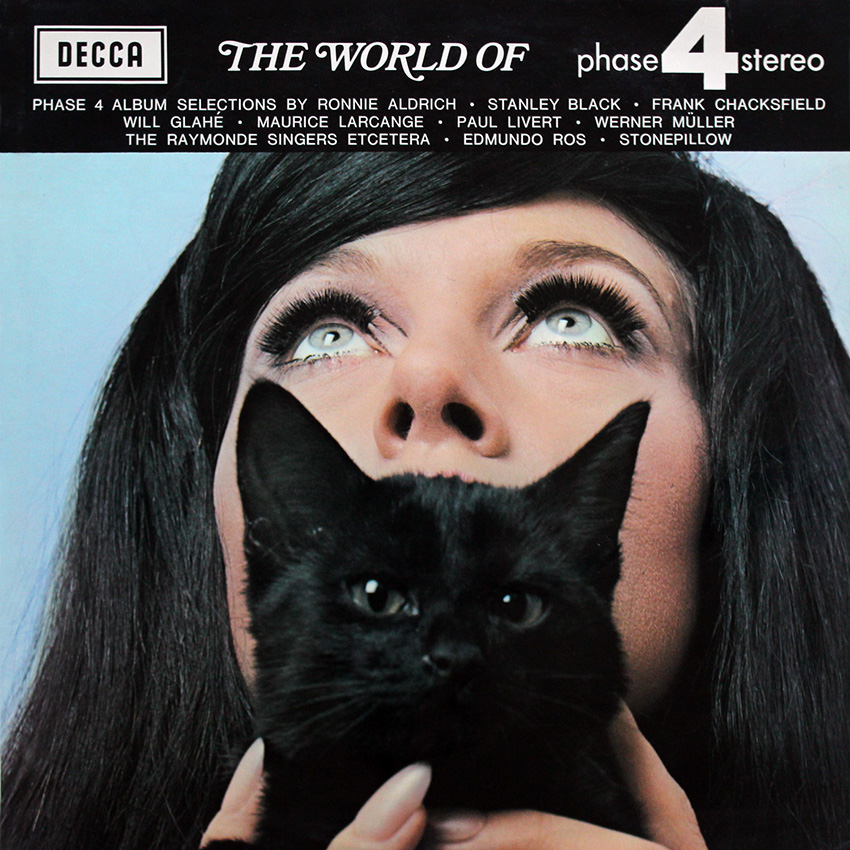 By 1969 the phase4stereo series was well established and somewhere  north of 180 albums had been released in this format. Titles included “The Spectacular Trumpet of Kenny Baker” (stop giggling at the back), “Sputniks for Orchestra”, “Bongos from the South”, and “Strictly Oompah”. But what exactly is phase4stereo? Let Decca Records explain:

I think that pretty much explains it in a nutshell but for those of you hungry for more here’s a description of the phase4stereo process:

“Phase 4 stereo” can only be described as a marvel of sound, a radically new and dramatically potent concept in the art of high fidelity reproduction. It is Decca’s trademark for the most advanced and flexible of all stereo recording techniques; it stand for motion and an uncanny sense of spatial realism unapproached by conventional disc standards; it is your assurance of unmatched quality control, rigorously applied from studio to finished disc, throughout every single step of the manufacturing process. perhaps the most remarkable innovation of “phase 4” is the use of Decca’s custom built 20 channel console mixer. this complex and forbidding-looking machine permits sounds from no less than twenty separate sources to be combined and blended in precise perspective. Each instrument can be pinpointed to exact locations from extreme left to extreme right along a horizontal plane, or forward and back through an astonishingly large depth of field. This, of course, is only part of the “phase 4” story. The making of the master tape, the cutting of the master lacquer disc, production of the final copy for the consumer-all are done with custom equipment, under the constant supervision of both engineers and musicians. the state that the 500,000th record produced is identical in sound performance with the very first copy pressed is no boast; it is part of the unique and proud redo of “phase 4 stereo”.

Of course that’s all very interesting. But it doesn’t address the attention paid to creating such an attractive cover.