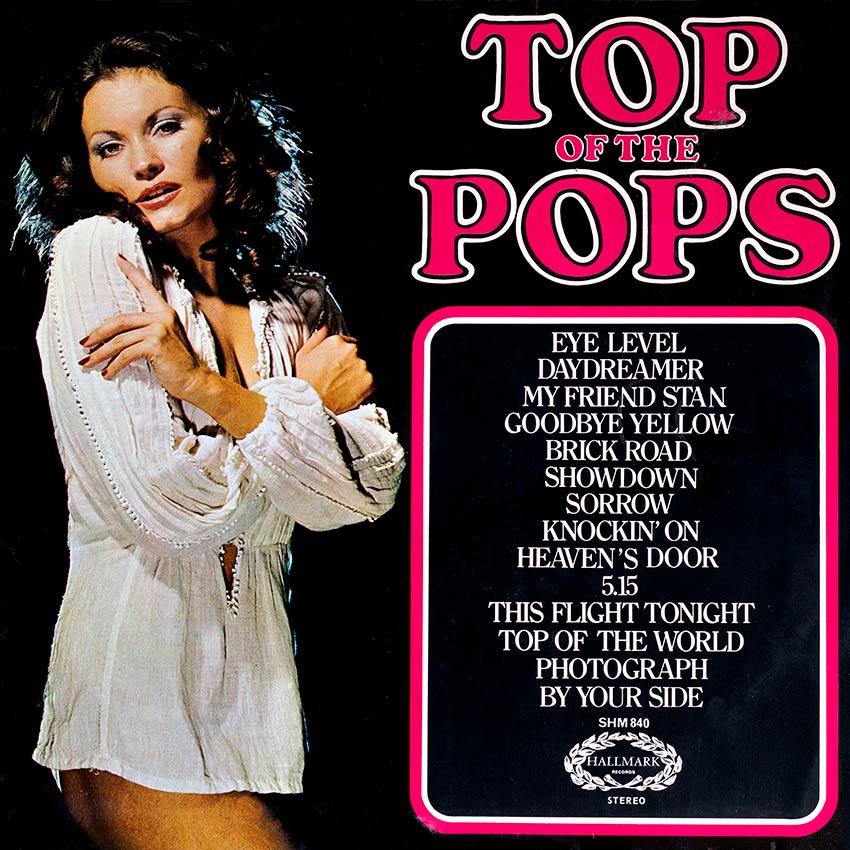 Well, nothing really, except that this is the 34th issue of “Top of the Pops”, the best-selling album of its kind in the World; and it’s the thirty-fourth time in 6 years that all our top brass (including The Boss Man) get into a huddle weeks and weeks before the album is produced to try to select the 12 pop titles that YOU, the experts and the enthusiasts, will want to hear when the L.P. is actually released – perhaps a month later.

Believe me, folks, it’s hard labour, but it’s also a labour of love; and on each of 33 occasions your response has been so heartwarming, so terrific, so gratifying, that we know it has all been worthwhile.

So, friends, here it is. You’ve given us grey hairs trying to produce for you the best L.P. in the World for pop fans – but we love you all!