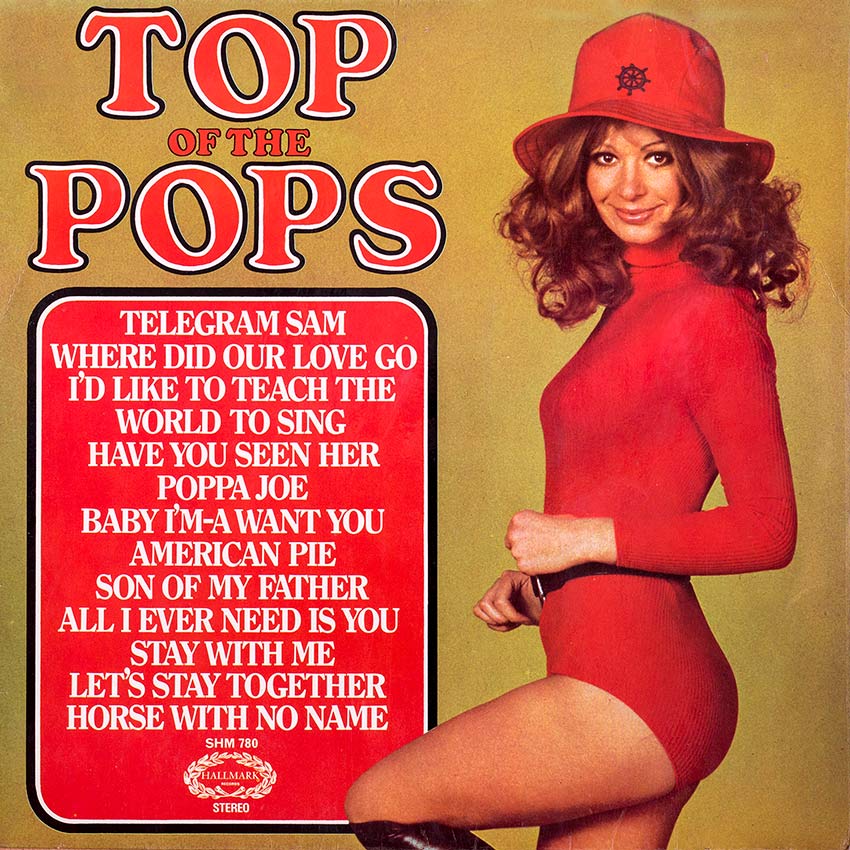 We issued our first Hallmark “Top of the Pops” album some three and a half years ago and what has happened since then has been an uninterrupted run of success after success; fantastic world sales; Top-Ten-topping; Gold Awards – a real success story based not on luck, but on hard work, imagination, and more hard work. We wanted to give the world public a high quality album of twelve current hit tunes recorded by the finest Session Musicians available to us; and at a price representing the best possible value. We believe we have succeeded.

during the second half of 1971, not only did “Top of the Pops” notch up unprecedented sales, but they also collected no less than four No. 1 spots in the U.K. L.P. Charts; gold awards in other European countries, and – most important of all – a sackful of mail from happy Pop people.

But we are not content to be complacent. We are trying, trying, trying all the while to keep up the very high standard we have achieved so far; and so we present this latest album “Top of the Pops”, volume 22, in the production of which we have burned much midnight oil. So, Pop fans everywhere, grab yourselves a copy and look at the sleeve, look at the tunes, listen to the singers, rave with our musicians; and, if it’s not the greatest in the series, let us know all about it.