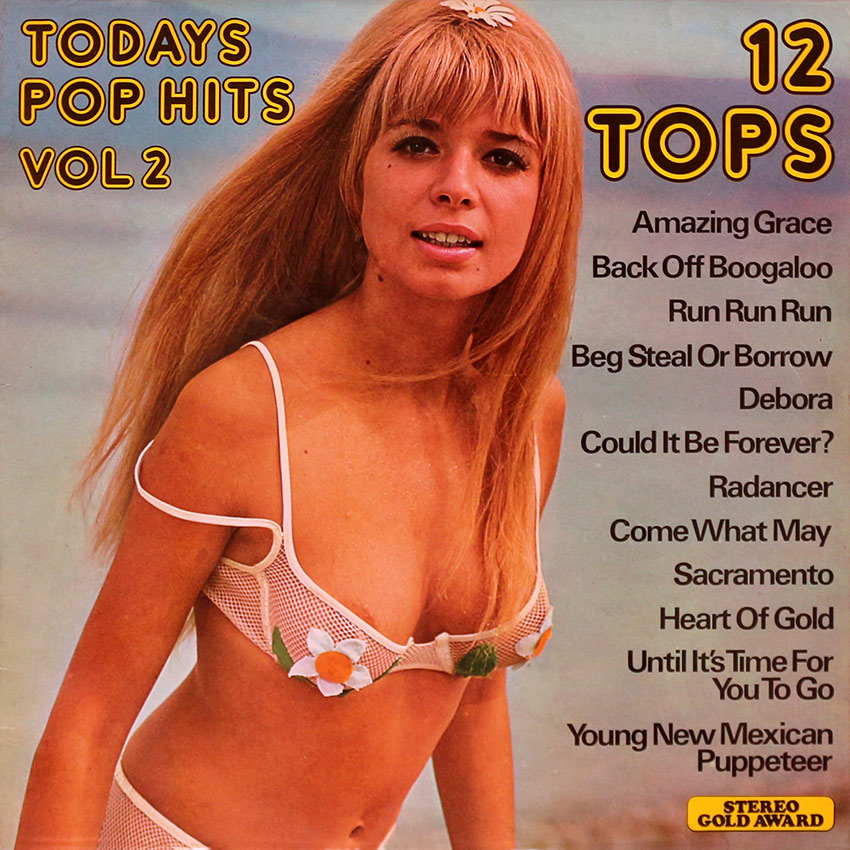 One of our more risqué covers and a fine example of the cover’s importance in compensating for the unremittingly poor versions inside of the “pop hits” of the day. The model on this cover is Ingrid Steeger who also appeared on similar covers some of which were more revealing than this one. How many copies were bought solely for the pleasure of its very attractive cover model? That’s kind of a rhetorical question we will never know the answer to.
A look at the back cover will reveal the name DL Miller as Recording Director. David Miller was a prolific releaser of records in the budget genre and his name appears on hundreds of records from the sixties and seventies. He set up the Stereo Gold Award label examples of which feature prominently in our archives. For more on Mr Miller read his Wikipedia entry here.