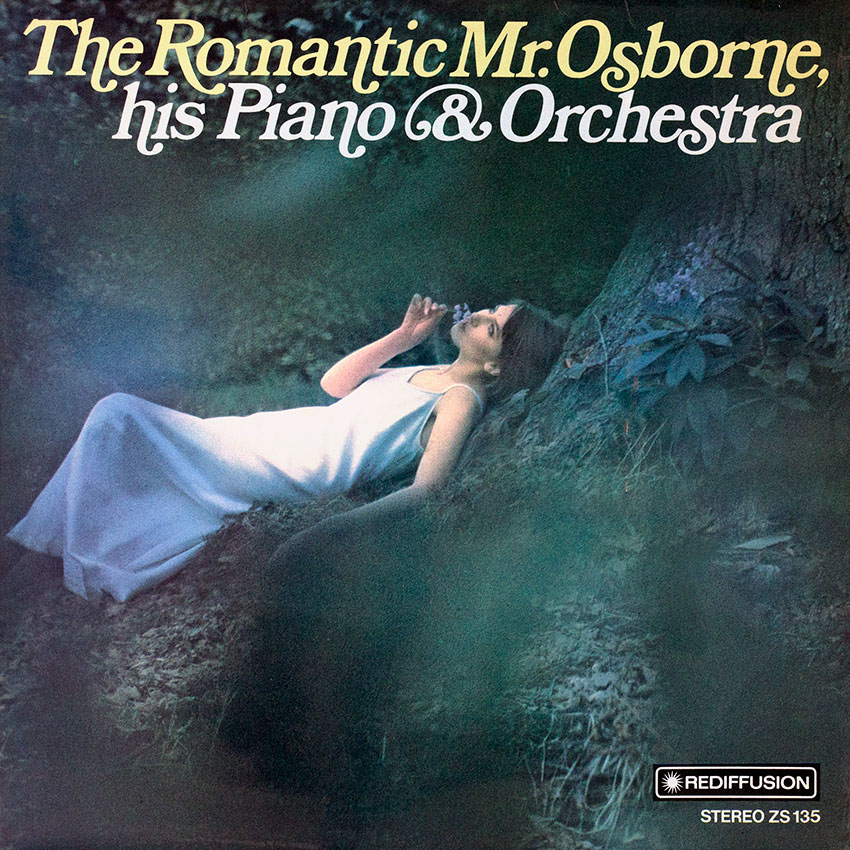 Let’s be honest about it. This is a mood music album. It has piano and strings and some great ballads from the halcyon years of song. It’s designed to put you and your loved one in the right mood while dancing cheek to cheek. That’s what mood music is all about.

What it isn’t is musical wallpaper something you put on and forget, so that when it’s over you can’t remember a single note. Somehow that fate never befalls Tony Osborne’s records, which is why our Mr. 0. is still making musicianly albums of standards when other ex-mood music maestros are struggling against the embarrassment of trying to orchestrate banal pop tunes.

Tony realises that there’s still a demand for Romance. The stuff hasn’t gone out of fashion, whatever the trendies may say. He knows, too, that many people find it just a little difficult to get in a romantic mood to the output of the Top 20. But then why try? The greatest popular writers made it so easy with their love songs; songs of such inherent quality, both lyrically and melodically, that they have survived over the years.

Like Rodgers & Hart’s Isn’t It Romantic and Have You Met Miss Jones, Warren & Gordon’s The More I See You and Jobim’s Quiet Nights, all of which bespeak the thrill of new love. Or “lost love” songs like Irving Berlin’s plea for reassurance, Say It Isn’t So, Schwartz & Dietz’s I Guess I’ll Have To Change My Plan, McHugh & Adamson’s Where Are You and Lennon & McCartney’s Yesterday. Whatever the basic emotion, such songs are rich in the sort of melody that a mood music album cries out for.

They give an arranger something to work on and a pianist something interesting to play. When both functions are combined in one man like the multi-talented Tony Osborne, and when that man has a top-flight orchestra to work with, the result is the neatest piano playing and the richest orchestral ensemble you can imagine.

Of course, the only thing wrong is that it defeats its object as mood music. It’s so darned interesting as music per se you’re bound to stop whatever you’re doing to listen to it.