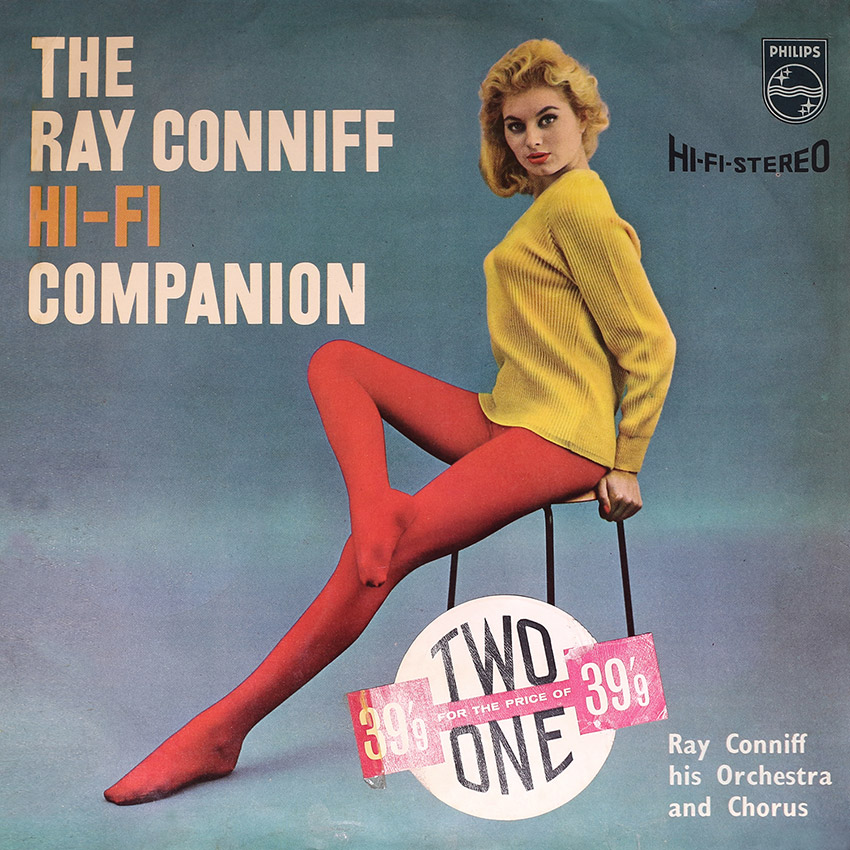 Over the last few years Ray Conniff has made a name for himself as one of the foremost conductor-arrangers of our time, dynamic, highly imaginative and equally skilled in handling voices and instruments. As this truly delightful album demonstrates, he has struck out along bold new paths; he has explored the fields of colour and texture with such effect that he has attracted a host, of imitators who are unable to conjure up his magic but are conscious that he has recreated the essence of popular music.

Born in Attleboro, Massachusetts, U.S.A.. Ray received his initial musical training on the trombone, taught by his father. Within a remarkably short time, there were two trombonists in the Conniff family, and by the time Ray entered his junior year in high school, he was playing and arranging music as well. The second musical talent was largely self-taught, with some help from a mail-order device which taught him the difference between chords. Graduation in 1934 took Ray to Boston, where he worked with a number of society-type orchestras and other musical groups, improving both his playing and his ability as an arranger. In 1936, he moved to New York, and found work with Bunny Berigan’s band, where he was heard as trombonist and arranger for two years. Thereafter he played with Bob Crosby’s orchestra on numerous tours, and then moved along to Artie Shaw’s group where Ray emerged as a first-rate arranger (vide such memorable contributions as Prelude in C sharp minor and Jumping on the merry-go-round). During the four years he remained with Shaw. Ray also worked on various radio shows and studied at the Juilliard School of Music.

After service in the Army, Ray was hired by Harry James not as an instrumentalist but as an arranger. He thereupon turned out such fine settings as Easy on. The Beaumont ride. and September song. While working with the James group, Ray wrote so many fine arrangements that he soon attracted the attention of recording companies, and was signed to write backgrounds for such vocal stars as Rosemary Clooney, Johnnie Ray, Guy Mitchell and many others. From there it was a short step to full-scale musical direction. His success can be measured in terms of a magnificent series of records, some of which we list for your interest.