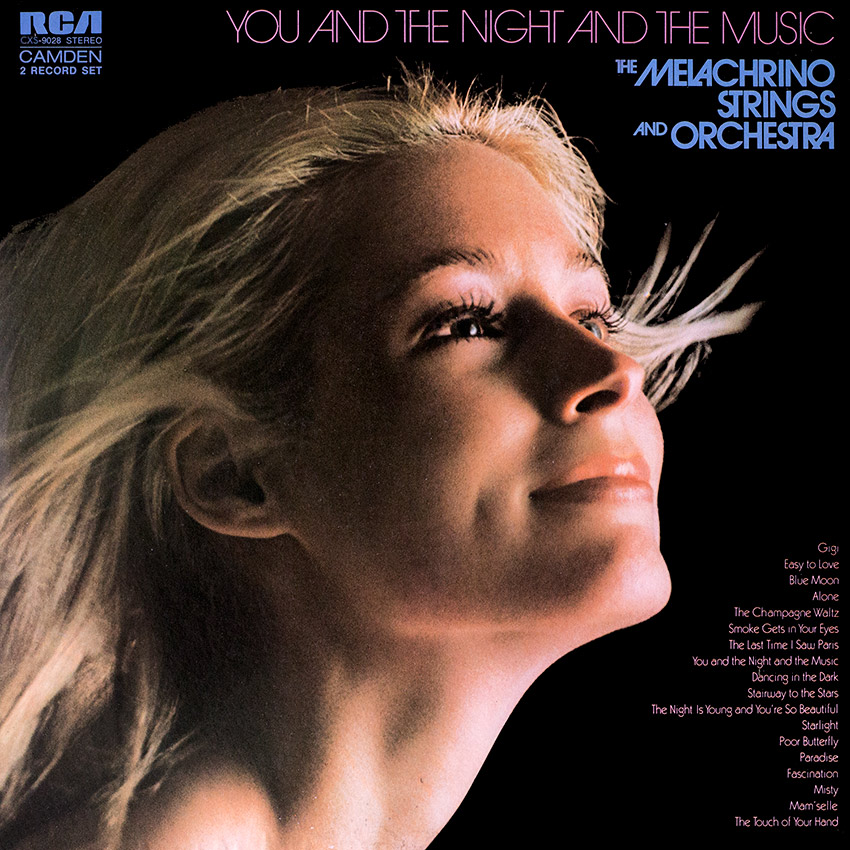 About the time the first part of this century was slipping into the second, a distinctive new orchestral sound was in the process of turning the music world on. A veritable cascade of strings. Not just strings, though. STRINGS! A 46-piece ensemble weaving through and enhancing the sonics of the regular orchestra.

Familiar standards were given a startling new quality. All-time favorites were regally packaged in lush arrangements. It was music for doing things—for dining, for reading, for relaxing, for listening to Kern and Porter and Rodgers & Hart and Dietz & Schwartz by. The well-known melodies, part of our popular musical heritage, were being reintroduced and were being heard as if for the first time.

The man behind all those strings—or, in this case, in front of them—was George Melachrino. Composer. Conductor. Arranger. His enticing, provocative, romantic, impeccable musical charts became the trademark of The Melachrino Strings. And those three words together comprised the first name in mood music, setting the standard for the instrumentalists who followed during the ’50s and ’60s.

YOU AND THE NIGHT AND THE MUSIC provides a diverse account of the creative orchestrations unique to George Melachrino. The spectrum of this collection encompasses the music of the Broadway stage, the world of films and the just plain enduring standards, all from the giants of songwriting.

It once was suggested that words are not entirely necessary to enjoy the mood(s) set by The Melachrino Strings and Orchestra. For, as Melachrino furnished the music, expert accompaniment as it were, the listener automatically—perhaps subconsciously—supplies the lyrics. Try only listening to the lovely Melachrino interpretations of Blue Moon or Fascination or Stairway to the Stars without reciting, even silently, the poetic lyrics. You’ll discover in quick order why these melodies and Melachrino’s orchestral magic mesh so well into one musical tapestry.