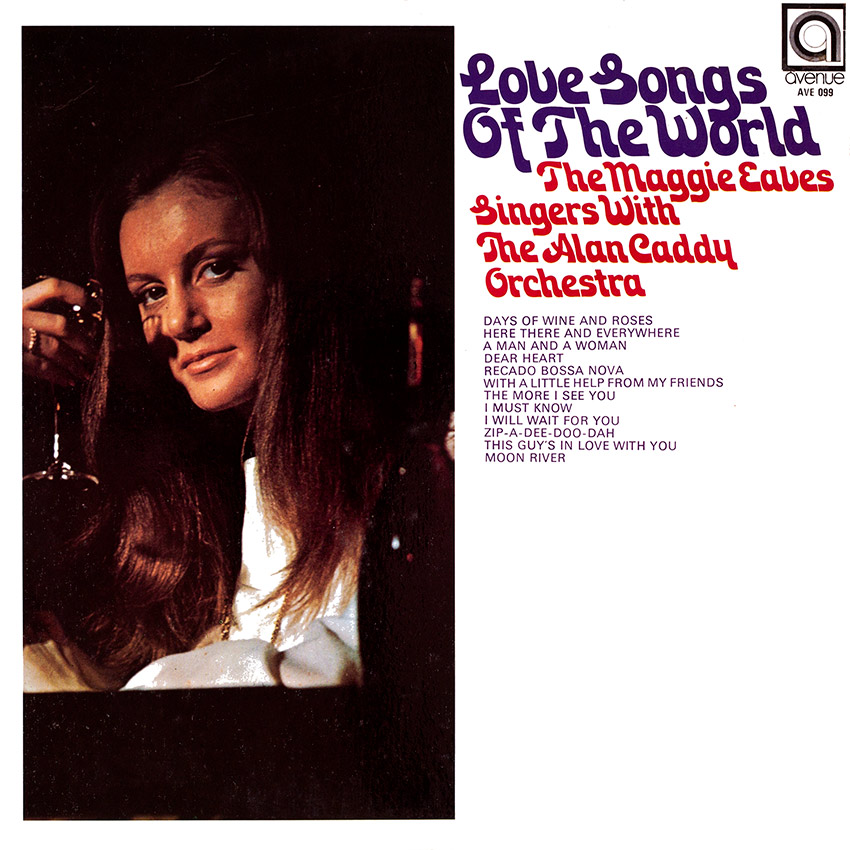 As a recipe for a romantic and relaxed atmosphere, candelight or easy listening with a bright sparkle of rhythm and magic for dancing, this album by the Maggie Eaves Singers backed by the Alan Caddy Orchestra conjures up just the right musical mixture for that easy living for which we all yearn.

The group although perhaps not yet as well known as they should be, have been recording steadfastly for three years now and can be justifiably proud of this their latest release. Consisting of four girls and four boys they blend beautifully together to produce a harmony of sound which is the envy of many choral groups today.

The album conceived from an idea by Maggie took three months to complete. It is produced by Alan Caddy and supports a programme, with a light-hearted touch here and there, of well known hit numbers, arranged in a distinctive style by Cy Payne and Maggie Eaves. One cannot fail to be impressed by the choice of song titles and the professionalism with which each number is performed. I am somewhat amazed at the fullness of sound that the group achieves and on several tracks it seems that a whole choir is in support.

Nowadays in many homes, with strong competition from television the record player takes second place. For a change, and some will say for the better, turn down the lights a bit, sit back and let the artists on this album transport you to a different world, one in which the orchestra and singers become one live personality and the variety of rhythm and changes of mood keep you alert to the exciting musical atmosphere that is created.

If there was a formula for success in producing any record Maggie’s Mixture surety has the ingredients that go to make an album very much to the public taste. Of all the good tracks on the record the two which stand out for special commendation, in my opinion are “With A Little Help From My Friends” a well chosen Beetle song which really swings along whilst expressing Maggie’s own sentiments on the importance of teamwork and friendly co-operation to produce the perfect blend of voices.

The second “Recado Bossa Nova” because it stands out as a good example of Latin American music with both outstanding rhythm and melody and is just begging for this type of treatment. Sung with split second precision and in perfect unison with the orchestra, this now familiar number takes on a new and exciting importance.

In total an excellent record guaranteed to give you many enjoyable listening hours and wonderful value for a low priced album. I take my hat off to the whole team.

Wondering what Maggie eaves and Alan Caddy sound like? Try this jaunty version of the Beatles’ classic.