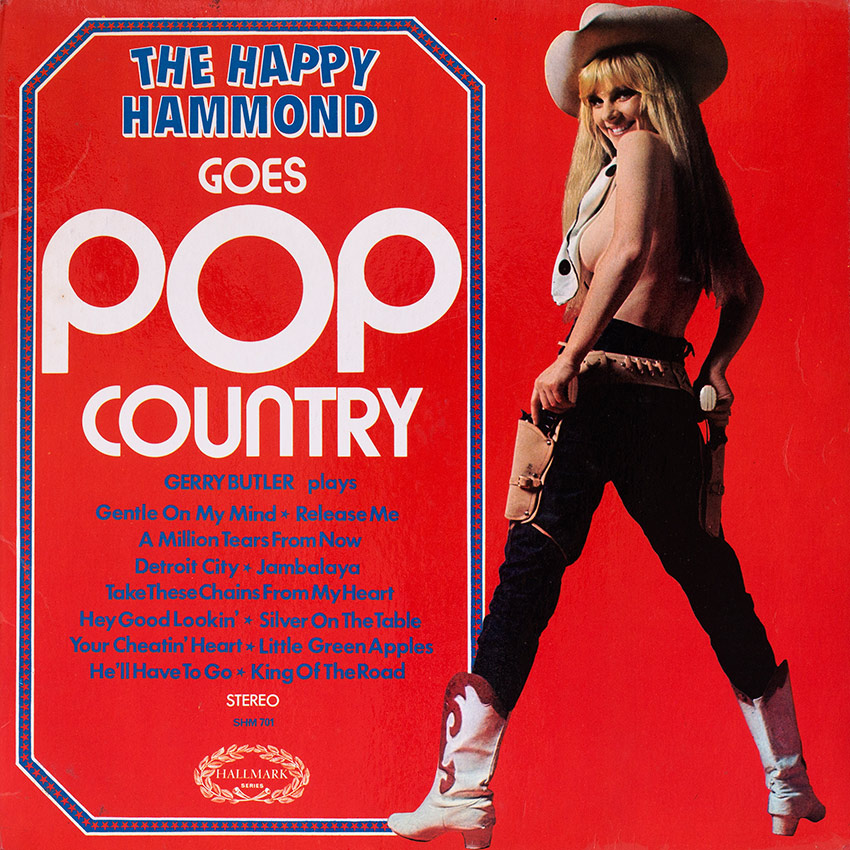 The influence of country music on the British charts over the past few years has been more substantial than many people realise. From the ‘King’ of country music Hank Williams Jnr came three of his greatest million sellers namely “Your Cheatin’ Heart”, “Jambalaya” and “Hey, Good Lookin.”; these form the basis of a very interesting collection of classic country melodies arranged specially for the Hammond organ.

More contemporary country ballads are included such as the Engelbert Humperdinck smash “Release Me” and the Tom Jones hit “Detroit City”; from the pen of John Hartford comes the much-recorded “Gentle On My Mind” which is most readily associated with Dean Martin; “He’ll Have To Go” will always bring back memories of the late and much-lamented Jim Reeves, whilst “King Of The Road” belongs entirely to its writer Roger Miller.

When Ray Charles recorded his now-classic album of “Modern Sounds In Country And Western Music” in the early sixties, he included the song that gave him a single success, “Take These Chains From My Heart”. More recently, “Little Green Apples” has appeared on countless albums but probably the O.C. Smith version comes out on top.

You don’t have to be a country and western fan to enjoy this album as it is styled to suit all tastes. If you were not certain of the origins of these songs this will serve as a tribute to the contemporary country writers whose material falls into many categories.

Gerry Butler was taught the rudiments of music at the age of six by his father, a notorious “pub” pianist in the Stockton-on-Tees area. Such was Gerry’s musical ability that several “breaks” in his schooling were caused by the objections of his headmaster to his playing in a dance band. After completing his National Service with the R.A.F. he has played with the following orchestras:- The Blue Rockets, Teddy Foster, Vic Lewis, Oscar Rabin and before going freelance, ten years with Bob Miller as staff arranger.