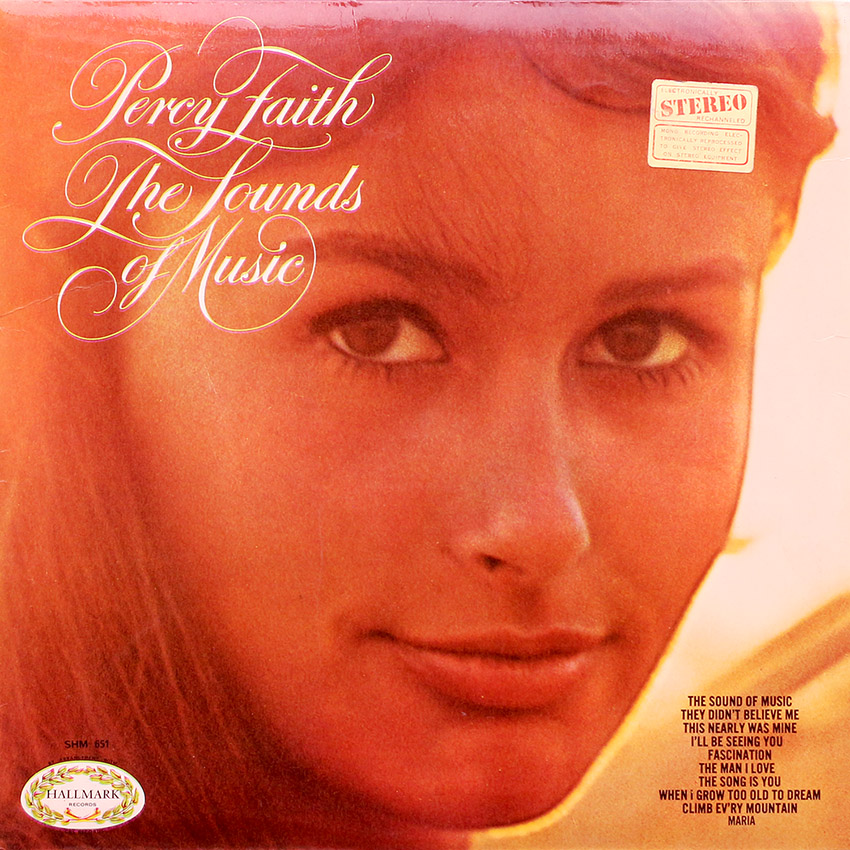 “Percy Faith’s music requires that you participate in a deeply involving listening experience. And you will be very happy that you did.“

In these days of pop-schlock and gimmicks, it is so refreshing to turn to a conductor-arranger such as Percy Faith. We say “these days” but, really, hasn’t it always been so? You see, Percy has always stayed with a very simple thing. It’s called music – simple, tasteful music. He has taken the best popular songs around and handled them, arranged them as if they were of the same substance as the classics. And, just by the way, he has made them sound like the classics –  beautiful and imperishable.
The title of this album is well taken – “The Sounds of Music.” Those are the sounds that Percy produces always. While every number in this collection is an acknowledged “standard,” songs so strong that any competent arranger could score with them, Maestro Faith gives them that added touch of taste he is so famous for, and they become bigger than ever, more memorable than ever.
Unlike so many “pop” conductor-arrangers, Percy’s music is emphatically not background music, something to play behind party conversations or something to turn on softly while you dine. There is too much beautiful content to it, too much in the way of rich arrangement to half-ignore as mere background music.
Percy Faith’s music requires that you participate in a deeply involving listening experience. And you will be very happy that you did.