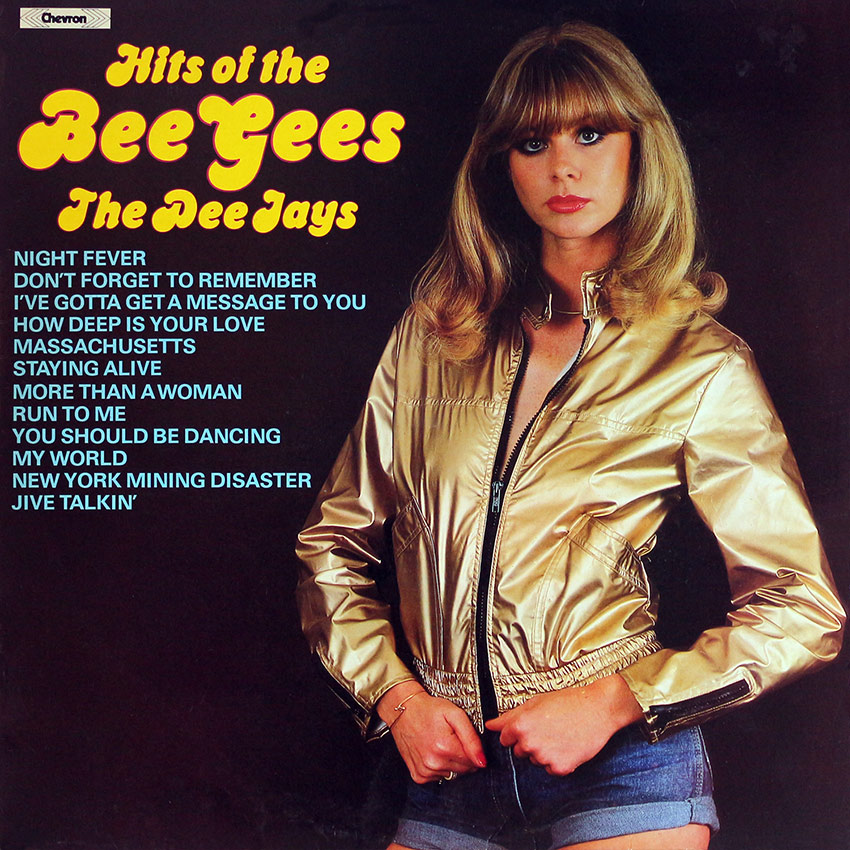 This momentous release by The Dee Jays featured a sombre looking model on the front cover who cheered up considerably for the cassette version cover photo – see below.

When Australian based artistes decide to make it in a big way, they usually take hold of a large slice of the pop market. Rolf Harris, Frank Ifield, The Seekers, Olivia Newton-John and, of course, the phenomenal Gibb Brothers The Bee Gees. Since their first U.K. success with “New York Mining Disaster”, twins Robin and Maurice plus brother Barry conquered America. In fact, during their first effective year’s work, their total record sales topped the ten million mark. Hit after hit followed and, in 1977 a film appeared called “Saturday Night Fever”. Impressario Robert Stigwood commissioned the Bee Gees to write the original music, so the story goes in fourteen days! The result – a double album that has reputedly sold over twenty million sets worldwide. We have selected one dozen really great Gibb Brothers songs and given them to a talented bunch called the Dee Jays, who lend their own individual style to these titles and, in their own way, salute the world’s number one family.