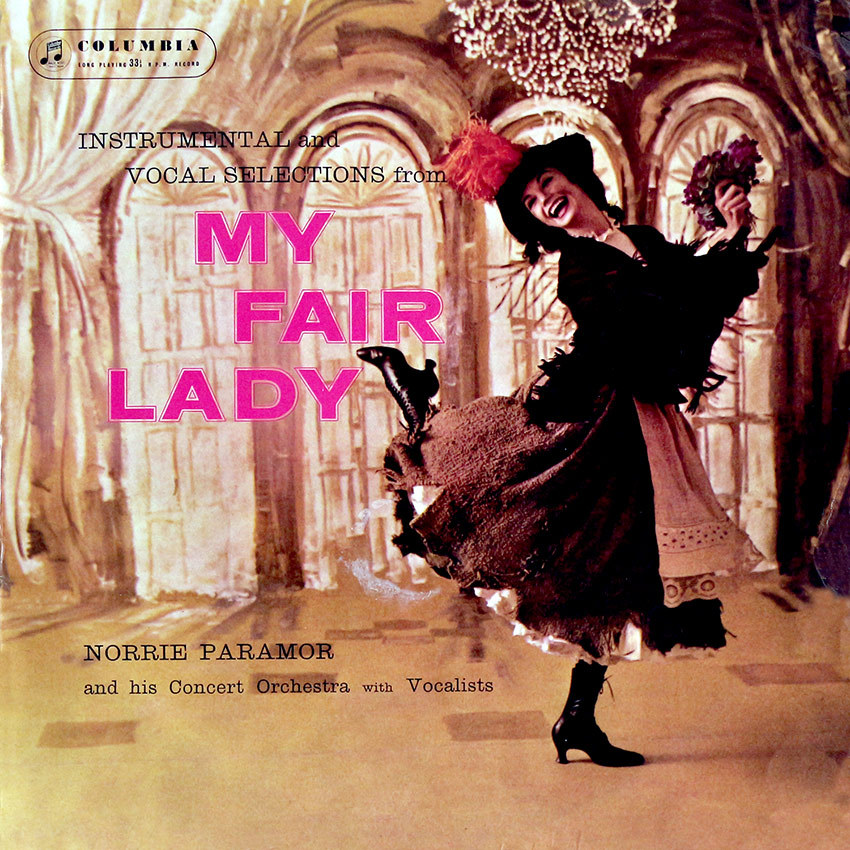 As everyone knows My Fair Lady has had a sensational success in New York and it must surely be one of the most eagerly awaited musicals ever to come the way of the British public. it opens at the Theatre Royal, Drury Lane on April 30th, 1958.

Alan Jay Lerner and Frederick Loewe’s entrancing score was inspired by George Bernard Shawls immortal Pygmalion. It is a triumph of Anglo-American artistic co-operation and likely to be one of the most enduring musical successes of our time.

Norrie Paramor, one of the most dynamic conductors, arrangers and composers in British light music, was intrigued with My Fair Lady’s sparkling score and his orchestrations retain all the delight of the original music, flavoured with those touches that have made his name an international favourite.