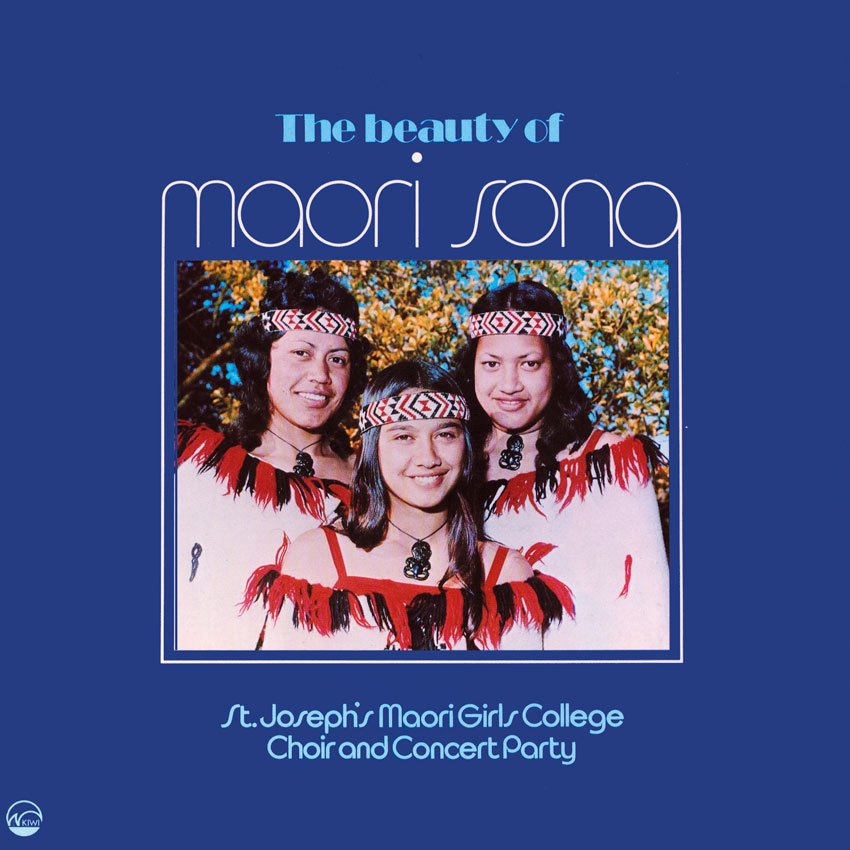 St Joseph’s Maori Girls College is one of the oldest of the Maori church boarding schools in the country. It was established on Bluff Hill in Napier in 1867, at the request of Father Reignier S.M., who worked amongst the Hawkes Bay Maori at the time. The original building was damaged during the Napier earthquake, and the school was moved to its present site at Green-meadows in 1935. Today it is a thriving, busy school unable to cope with more than a fraction of the girls who apply each year.

The school has long had a tradition of fine singing, and this, together with the natural rhythm and tunefulness of the girls, has led to the high regard in which the concert party is held by lovers of Maori entertainment, and the world-wide reputation it has gained. Much of the credit for this success must go to Miss Georgina Kingi, herself a past-pupil of the College, who is responsible for,the training the girls receive.

The sounds of the whole South Pacific are on KIWI and HIBISCUS records and tape cassettes. Music of New Zealand, the Cook Islands, Samoa, Tonga, Niue, the Gilbert and Ellice Islands, Tahiti, Fiji, Indonesia, Aboriginal Australia, and Papua New Guinea – each with its own special charm and character available in a wide range of stereo (compatible also for replaying as mono) recordings. Free catalogue on request from the publishers.