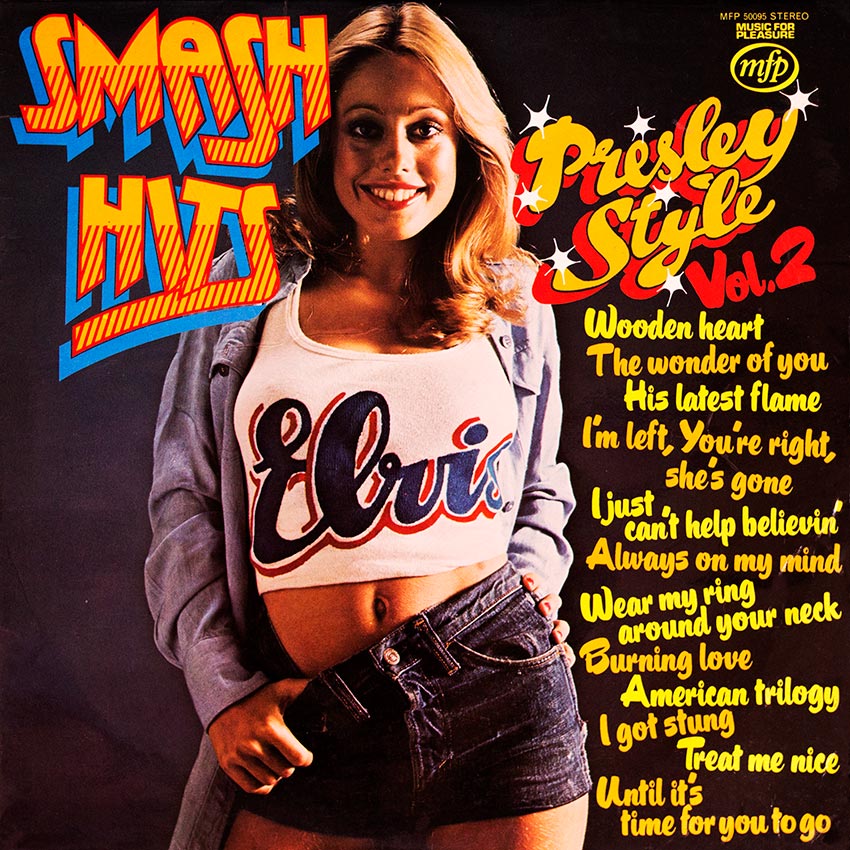 THE OFFICIAL ELVIS PRESLEY FAN CLUB OF GREAT BRITAIN AND THE COMMONWEALTH Elvis Presley, a unique and very talented artist, has been performing now for over seventeen years professionally. He is a phenomenon, a unique sociological phenomenon. Like that handful of showmen still left in true show business today, Elvis has been imitated, emulated and copied by numerous artists. His songs are known and loved the world over. This album, the second volume of its kind, is a true tribute to a living legend. Music for Pleasure have yet again produced an album of Elvis numbers using their immensely talented studio artists. The balance of old and new numbers is clever. In particular, listen closely to “I’m Left, You’re Right, She’s Gone” and “Treat Me Nice”. Notice how closely the singer resembles Elvis’ style vocally with the simple use of an echo chamber. “The Wonder Of You”, a number one seller for Elvis is beautifully rendered here together with audience applause, exactly as Elvis sang it in Las Vegas three years ago in 1970. “Burning Love”, as all Elvis fans will know, is the one number which Elvis least likes to perform live on stage because of its intricate lyrics, rhythm and vocal gymnastics. The singer here delivers the song as if he really oceans it. The album is well produced and the track selection thoughtful. A wide range of Elvis numbers is accurately reproduced giving an album which should be in every record buyer’s personal collection. Settle down and listen to “Smash Hits, Presley Style, Volume Two” you’ll be glad you did! Peter C. Wilson O.E.P.F.C., G.B., Assistant Secretary