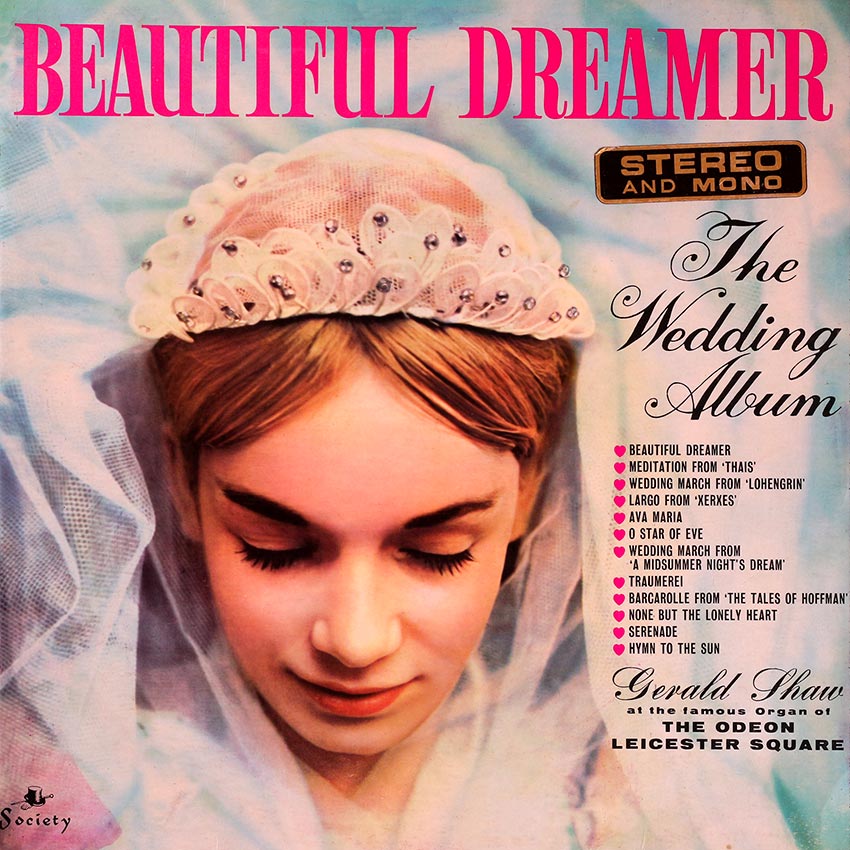 GERALD SHAW is one of the best known organists playing in this country. He is the resident organist at the Odeon Leicester Square, the veritable flag ship of the Rank cinema fleet, where he can be heard every day throughout the year. In fact, this is now the only cinema in Britain which has an organ in daily use. A frequent broadcaster, Gerald Shaw is known to organ enthusiasts all over the world.

The organ on which he plays was built by John Compton and it is the only five manual instrument of this make to be found on this side of the Atlantic, a magnificent instrument which you can hear to full advantage on this record.

Gerald Shaw here plays a selection of what could be considered the most popular music in the world tunes that have survived the test of time and still come up fresh and smiling every time they are played. The two Wedding Marches by Wagner and Mendelssohn are still played at most nuptials all over the world, in spite of the attempts of many other composers.