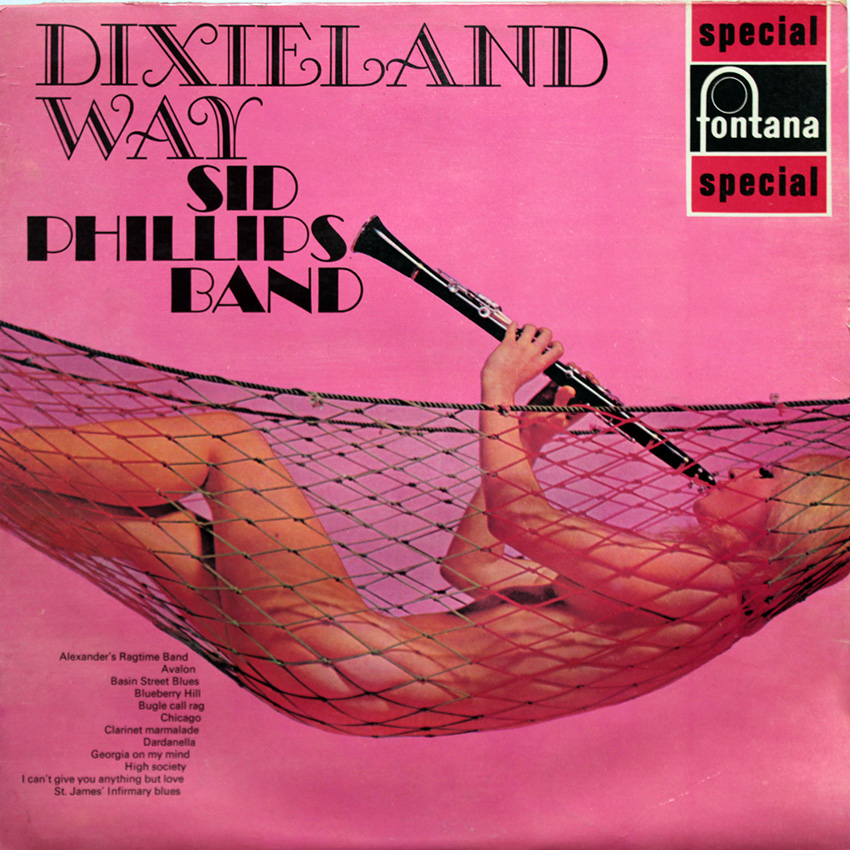 In America, as well as in Europe, the name Sid Phillips automatically ties up with King of Clarinet. This title was bestowed upon him by American music critics during his series of broadcasts on the C.B.S. Network in New York some years ago. Now, more than ever, this distinction is obviously merited. One has only to hear a few phrases and Sid’s virtuosity and position in front of the world’s great clarinet players are unmistakable.

Born in London, Sid showed an aptitude for music at an early age. His parents, however, were keen that he should concentrate his interest more towards the medical profession. This he did and he eventually found his way to studying medicine at London University.

However, the call of music was too strong and so after a time Sid dropped his medical studies and began to concentrate on the clarinet. At the same time he taught himself piano, violin and the saxophone as well as the theory of harmony and composition. Alongside these he spent a good deal of time studying orchestrations and in fact, unknown to most people, Sid Phillips initially made his mark in the music world as an arranger and composer.

The success of the great Ambrose Orchestra of the late ’30’s is widely attributed to Sid Phillips, who at this time was still in his teens. In fact his arrangements and compositions for the Ambrose Orchestra were so highly thought of in the United States that he was invited to America just before World War Two. It was during this short period over there that he gained the respect and friendship of some of the world’s leading musicians, such as Benny Goodman and Duke Ellington. Because of the War Sid Phillips had to cut short his visit to America and he returned to this country to serve as an Intelligence Officer in the Royal Air Force.

In 1946 he left the service and immediately formed his present band. The polish, precision and quality of this band is admirably exemplified in this album which also reflects Sid’s musicianship and makes him almost unique in the field of jazz.