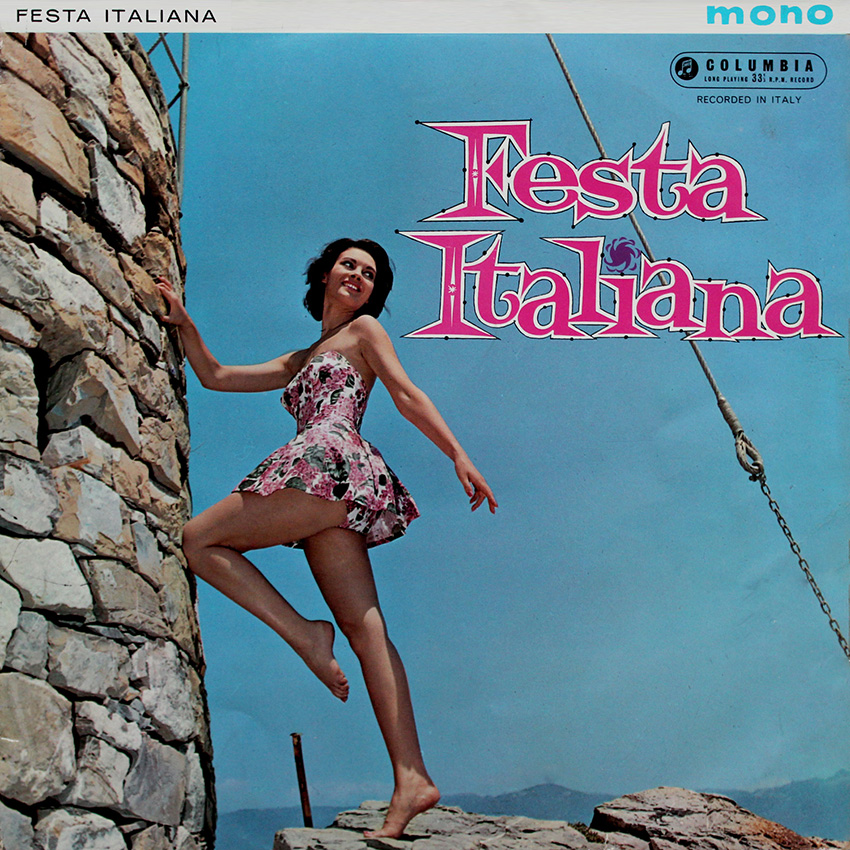 “Young lady visitors will have the experience of encountering for the first time the Italian male, who is renowned internationally for his amorous persistence. Like the little boy with the sick donkey, he just will never take “No” for an answer.“

Christmas is usually the signal for the offensive to begin. News-racers and magazines during Christmas week suddenly sprout a rash of glowing advertisements from all manner of travel agencies, tourist bureaux and other professional organisers of vacations, telling you just why you must not hesitate an instant longer before booking the dream holiday of your life. It doesn’t matter that the sky outside is full of fog, rain, sleet or snow, and that you inside are full of turkey and Christmas pudding. Now’s the time to plan your holiday. The offensive gathers momentum as the weeks of January slip by. Commercial television adds its weight to the holiday propaganda, and you dutifully fill in requests for free brochures and look out your passport with its police-type photograph of yourself. You’ll need that because ninety-five per cent of the advertisements are touting overseas holidays on the Continent.

What’s more, ninety-five per cent of that ninety-five per cent talk confidently about the unlimited supplies of sun and good weather which they have to offer. The sun is the magnet which draws away more and more of the faithful every year from the bracing squalls of the British coastal resorts, luring them to bask on the burning beaches of Barcelona and Bilbao. Of course it rains there sometimes too, but a lot harder than at home usually, and without that irritating British drizzle and sea mist. And you frequently get a first class display of tropical thunder and lightning to boot.

Speaking of boots, Italy is a leading contender in the sunlight stakes. From the north right down to her southern toe and heel, you can rely on sweltering happily in relentless heat wherever you choose to go. Apart from the climate, there are innumerable attractions for tourists and holidaymakers in this ancient and historic land. Young lady visitors will have the experience of encountering for the first time the Italian male, who is renowned internationally for his amorous persistence. Like the little boy with the sick donkey he just will never take “No” for an answer.

Having enjoyed our braising in the torrid Italian sunlight, we naturally think about a musical souvenir to take back home with us. Something to remind us of that charming little cafe with the gleaming juke-box, the friendly flies who shared our food, and the sultry waitress who thought that we thought the looked like Sophia Loren. That’s where this record comes in.

Let it be said right away that it contains modern Italian popular music – brash, melodic, romantic and rhythmic in turn. There are no nasal Neapolitan tenors crooning about Catari over their guitars to remind us of the night we sipped our Chianti and glanced nervously up at the mephitic, sulphurous glow suffusing the crater of Etna. There are no Venetian gondoliers ululating lustful songs of love to recall the night we reclined in a gondola and were gently poled through an interesting array of flotsam and jetsam near the Doge’s palace. Instead we have an interesting array of contrasting songs reflecting Italian and foreign influences sung by an interesting array of leading pop artistes.

NICOLA ARIGLIANO is a graduate of the night club circuit. His first vocalising was directed at his comrades while engages, upon his national service, and they liked his voice enough to encourage him to continue after demobilisation, playing bass as well as singing. This record presents his greatest hit – the bi-lingual I Sing – Ammore – with its mixture of Latin and jazz in the accompaniment the angelic ComeUn Angelo, a ballad ideally suited to his mellow voice; and Permettete Signorina, an up-tempo plea to a member of the fair sex which should not go unheeded or unrewarded.

Speaking of the fair sex. JULIO DE PALMA contributes three songs too. A familiar voice on most of the European radio networks, Milan-born Julio is also a regular participant in the various song festivals, including the famous one at San Remo. She sings three of her disc successes here: a melodic E’ La Luna, a rhythmic Noi Siamo, and a bi-lingual Lezione D’Inglese, inspired possibly by a romantic English visitor.

ENRICO INTRA achieved nationwide fame as a jazz pianist in Italy before extending his talents to singing popular songs as well. Here he is heard in his vocal capacity performing a languorous cha cha cha with bi-lingual attractions Be Mine Signorina – and obviously aimed hopefully at visiting ladies who speak English.

SILVANA SEVA, another young damsel of song, is a comparative newcomer to the Italian pop scene after a string of first prizes in various Mimi competitions. She sings Wendy Wendy, a ditty falling into the rock-a-cha-cha genre.

FRANCO AND HIS G.5 group are Italy’s most famous exponents of Latin American rhythm. The G stands for giglio – lily- the symbol of the city of Florence, and the 5 denotes the number in his original ensemble formed in 1950. Here they play cha cha ilia called Raggazina and a straight example of il rocko named Innamorata Di Te.

Instrumental in obtaining his recording contract for him was young pianist PINO CALVI, who completes the L.P. with a rhapsodic rendition of Umberto Bindi’s lovely theme Il Nostro Concerto. Twelve items giving an authentic cross-section of current Italian pop music. Short of our impregnating the sleeve with the odour of freshly-cooked spaghetti, you couldn’t find a more realistic souvenir – or appetiser – for a stay in ITALY.