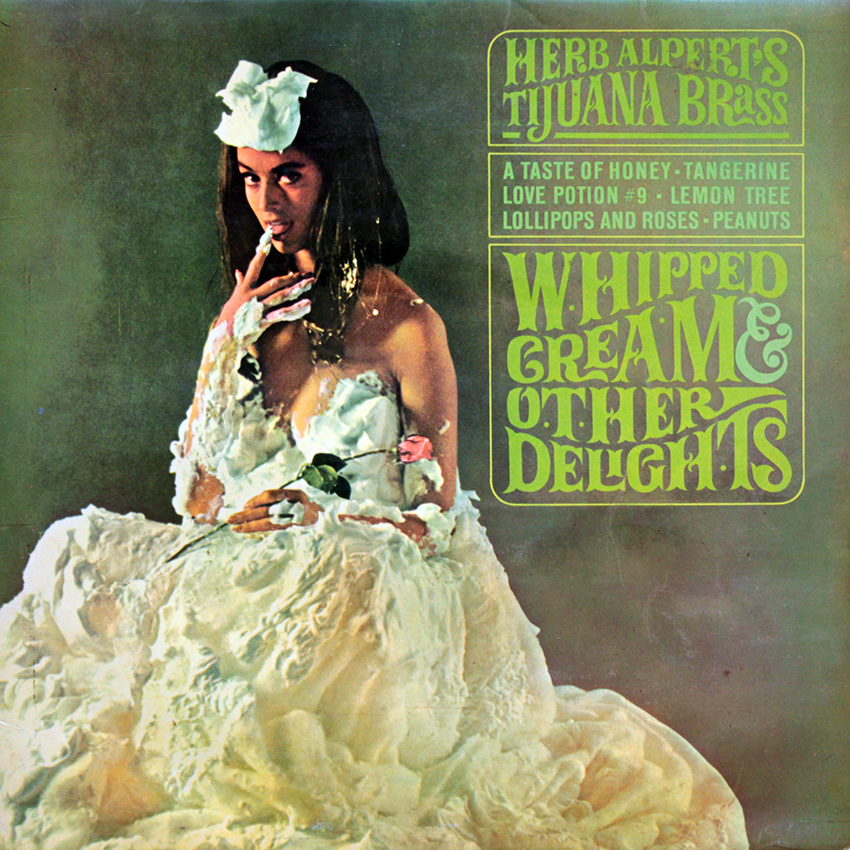 No site dedicated to record covers of our sort would be without this somewhat iconic record. Brought to us by Herb Alpert and Jerry Moss – the A and M of the record label

A lot has been said about Herb Alpert’s Tijuana Brass, and there’s a lot more to be said about them. Their popularity has grown enormously in the two years since admirers started shouting “OLE” for “The Lonely Bull”.

It began with the teenagers, we thought. But at the Brass’ debut as Concert artistes in San Francisco, we noticed, to our delight, that it’s easier to skin an ameoba than to catalogue the “Typical Tijuana Brass Fan”. The Teens were there, but so were the “hippies” and the “squares”, the “little old ladies” and the screen starlets, the celebrities and those who make them celebrities. In fact, one admirer, who looked as though he stepped from a page in Esquire said,”You would think that a lot of these people would be home watching the man who serves the bubbles”.

We noticed another joyous thing Herb Alpert was something special. His good looks and sensitivity brought an immediate response from the industry. The word is that Herb Alpert could make stardom in films. The agents, bookers, managers and publicists picked on Herb and the Brass and the phones started ringing. Life, Herb Alpert and the Tijuana Brass are in happy harmony.

There is a triumphant atmosphere surrounding the Brass today. The pleasure that comes from performing for enthusiasts belongs to them. Our joys are compounded by your acceptance. And so, on behalf of Herb and the Tijuana Brass, we humbly thank you for listening.