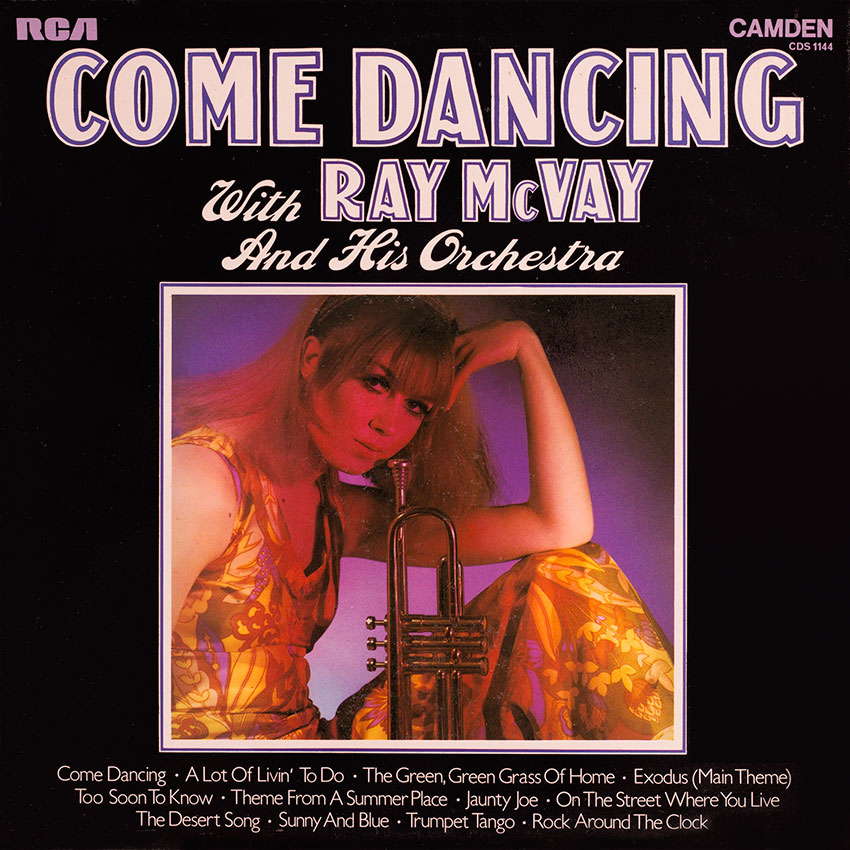 When Ray McVay extends a cordial invitation to ‘Come Dancing’ then the scene is set for polished, musical entertainment that everyone can enjoy and appreciate.

The formula, so far as Ray is concerned, is to mix his own musical expertise gathered over years of working on television, radio and at plush functions, with some of the great song standards of our time. It’s a formula that has provided this Scots-born bandleader with a host of impressive bookings, not the least of which are the number of occasions when Ray and his Orchestra have supplied dance music to events involving the Royal Family. It was the Ray McVay Orchestra that played at the Inauguration Ball following the Investiture of Prince Charles as Prince of Wales at Caernarvon and he was also wielding the baton at the Ball of Monaco for Princess Grace and Prince Rainier.

Glittering ballrooms aside Ray has also accompanied star names like Tom Jones, Cilia Black, Paul Anka and Paul McCartney, so the scope of his music and his talents reaches into just about every area of show business.

“Come Dancing” is the kind of album that keeps Ray McVay such an in-demand bandleader because it’s an entertaining mixture of waltzes, fox-trots, quickstep, tango and a foot-tapping jive. Ray believes that if music is happy then it’s good and while he’s providing it the result is always better than good, it becomes the happiest sound around.