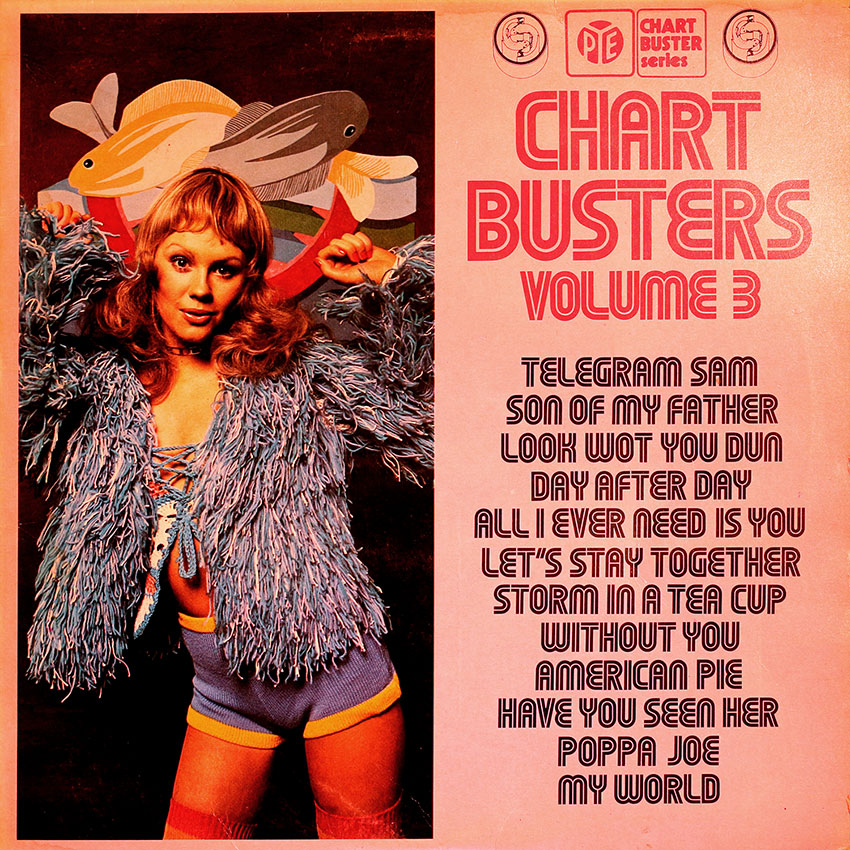 Take a long and careful look at the titles on this latest Chartbusters and then sit back and reflect where you saw them before. If the titles ring a bell in the memory then it’s because the place you’ve seen them is in today’s (yes today’s) pop charts and you’ve also heard them played endlessly on radio.
And because they’re today’s hits, today’s songs and the most popular by virtue of their record sales they’re obvious targets for the Chartbusters team. Leader of the team is producer Tony Palmer who has that unenviable task of peering into the crystal ball of pop in order to come up with an amazingly accurate reflection of the chart hits. And that, let nobody kid you, is no easy task. Then once he’s selected them Tony chooses with the same care the artists and musicians who will perform them and each must be capable of giving to a chart hit the kind of chart performance treatment that got it there in the first place.

The rest of the production of the Chartbusters item rests with the technicians and once they’ve completed their task YOU have a rather unique kind of record album. An album that is filled with today’s sounds, performed with gusto and enthusiasm by young musicians and singers whose names you don’t need to know and yet who Possess great musical ability.
So if we at Pye Records boast that this is the very best Chartbusters album we’ve produced we mean it. Until the next one, that is!