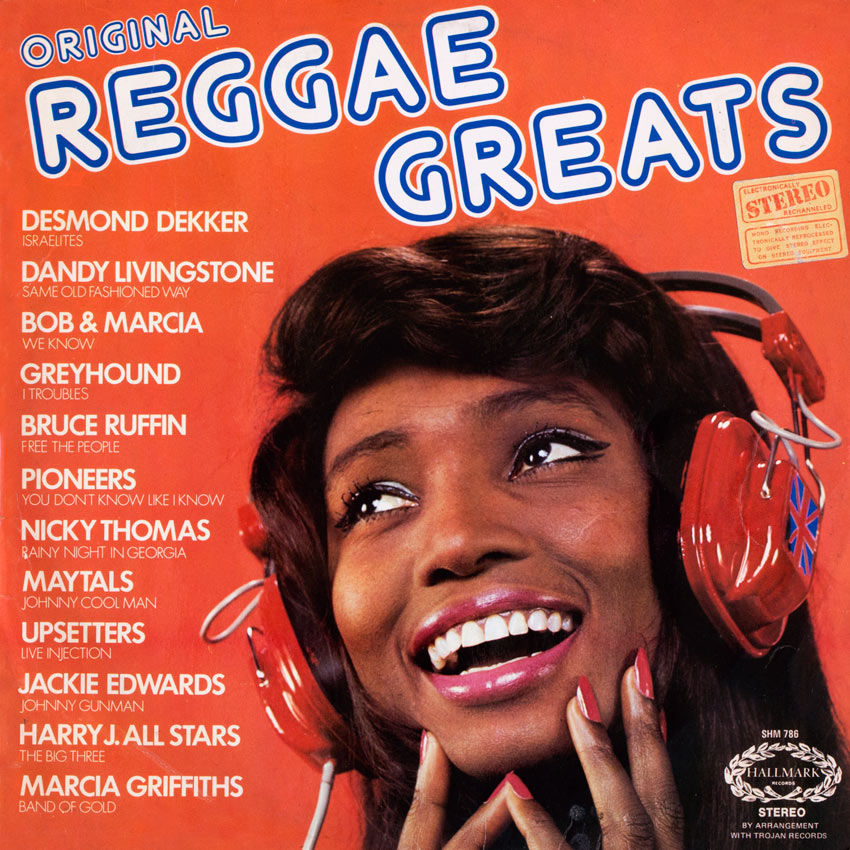 There was a time, and not that long ago, when Reggae records just didn’t make the best-selling charts. Or if they did, those charts were small and specialised.

Not anymore. Today reggae discs not only become hits but they’ve helped to make stars of names like Desmond Dekker, Bruce Ruffin, Jackie Edwards and a host of others. With its own writers, producers and artists reggae has steadily mushroomed from a small part of the record industry to an accepteda and vital part of pop music. And a big one in terms of the talent it has developed. Artists like Desmond Dekker and Bruce Ruffin have increased their fan following ten-fold with a succession of hit records and their appearances are sell-outs wherever they go.

This album, that kicks off with Dekker’s memorable hit ‘Israelites”, contains a wealth of reggae talent. Talent that has given the world of pop music some fine solo names as well as good bands like Upsetters and Greyhound. They each contribute performances that really sum up what reggae is all about, and why it will continue to give the record charts hit records for many years to come.