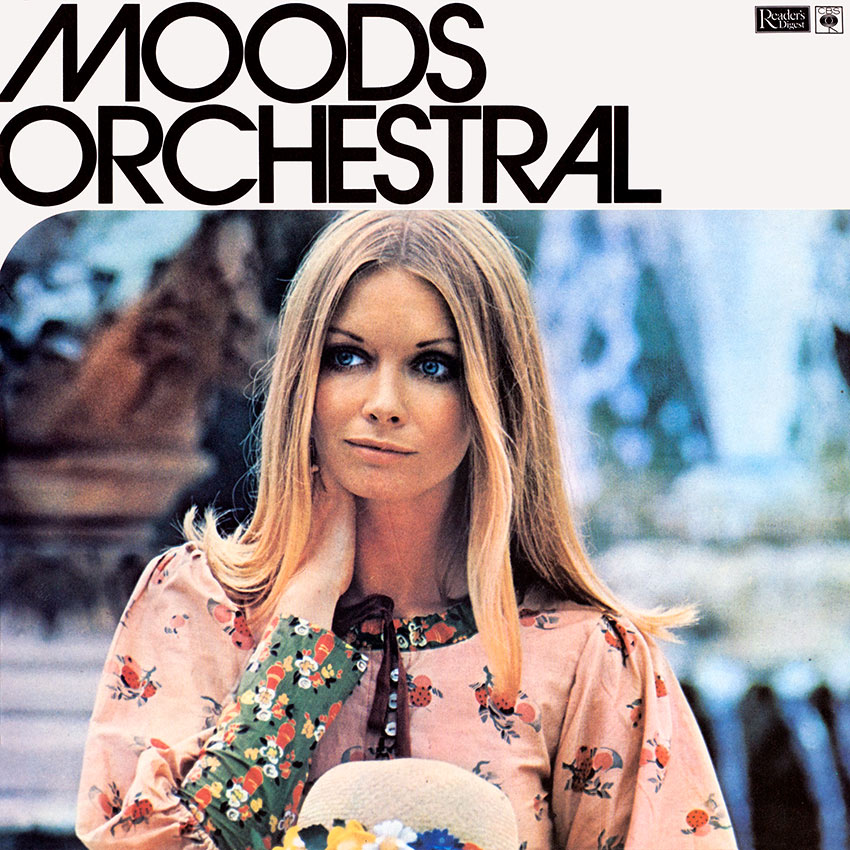 Popular music, unlike football or cricket, cannot be neatly categorized. It is a sprawling and widely varied form of entertainment, covering many areas of taste and expression … rock, folk, rhythm-and-blues, jazz, underground, teenybopper and all the rest of it.

But there can be little doubt that the real backbone of the profession is centred in that flowing yet ever-progressing area known in the trade as middle-of-the-road, where melody and orchestral colour are considered to be just as important as the beat. This orchestral market is not necessarily aimed at a particular age group—more simply it is intended for listeners who just like to hear a good melody well played. First-class musicianship and unfailing good taste are the basic tools of the trade, but if an artist is also able to project a distinctive orchestral or instrumental sound, as, for example, Ray Conniff has, then the chances are that his recordings will continue to sell for years and years to all kinds of audience. The whole area of popular music’s middle road is, of course, impossible to define in terms of one artist and one style. A certain standard of performance is the ideal way of conveying all that is best in the genre. The twelve performances on this record, although quite varied in colour and mood, all adhere to the required standard and thus constitute a perfect programme for lovers of orchestral moods.

Stan Butcher, Birds & Brass Winchester Cathedral
The light-hearted, tongue-in-cheek flavour of this internationally popular hit of 1966 is beautifully captured in this sprightly Stan Butcher arrangement. While the bouncy Birds & Brass format has been devised somewhat along Conniff lines, it has enough individuality to hold up as a most entertaining sound in its own right.

Charlie Byrd Alfie
Classically trained guitarist Charlie Byrd has consistently proved himself a master craftsman in many fields of music, stretching from legitimate Spanish guitar and classical lute playing to jazz and pop forms. Charlie, in fact, even helped to create the famous bossa nova craze of the ’60s when he partnered sax player Stan Getz in that celebrated million-selling hit Desafinado, a record that was generally regarded as the forerunner of the whole bossa nova movement. On this occasion, Charlie demonstrates his compelling artistry as a ballad stylist, with a graceful interpretation of Burt Bacharach’s Alfie.

Don Lusher Makin’ Whoopee
The superlative trombone-playing of Don Lusher is one of the supreme delights of the British music scene. This is not to imply that Don’s fine reputation is merely limited to one country, for his work is just as well known in America as it is in Britain. But because he is one of Europe’s most in-demand session players, Don finds little time to record prolifically under his own name. His LPs, however, are appreciated all over the world. This excellent track teams Don with a sparkling arrangement by Pete Moore and is a real tribute to British musicianship. Pete, incidentally, is one of the few British arrangers to win an award from the American National Academy of Recording Arts and Sciences (for his work on the 1971 LP Willie Wonka and the Chocolate Factory). Apart from his renowned trombone work, Don Lusher is also a gifted arranger. His recent scores for the Harry Roche Constellation have delighted many critics and fans. In this performance of the well-known Donaldson-Kahn standard, Makin’ Whoopee, Don’s sense of humour is well in evidence and his faultless playing is a delight from start to finish.

Jerry Murad’s Harmonicats Dance of the Hours
The harmonica has always been a most popular instrument and in the right hands its flexibility knows no bounds. One has only to think of the versatility displayed by such masters as Larry Adler and Tommy Reilly to realize how much scope the instrument can offer. Further proof of a most convincing nature can be found in this dazzling and highly distinctive version of Ponchielli’s famous Dance of the Hours, in which Jerry Murad’s Harmonicats demonstrate the full range of colour and tone when the instrument is used in a multiple context.

Caravelli Trains and Boats and Planes
Few people would care to challenge Burt Bacharach’s eminence as a top-line songwriter. In today’s music scene, Bacharach is the natural successor to such giants as Porter and Rodgers, and like those distinguished craftsmen he displays in his songs a personal identity which ensures his music cannot be confused with that of any other composer. A Bacharach song invariably holds a strong appeal for all kinds of performers and musicians and this fine composition, originally a massive hit for Dionne Warwick in 1964, has been recorded by many artists in a variety of styles and treatments. This version by Caravelli is certainly one of the most satisfying.

Caravelli Trains and Boats and Planes
Few people would care to challenge Burt Bacharach’s eminence as a top-line songwriter. In today’s music scene, Bacharach is the natural successor to such giants as Porter and Rodgers, and like those distinguished craftsmen he displays in his songs a personal identity which ensures his music cannot be confused with that of any other composer. A Bacharach song invariably holds a strong appeal for all kinds of performers and musicians and this fine composition, originally a massive hit for Dionne Warwick in 1964, has been recorded by many artists in a variety of styles and treatments. This version by Caravelli is certainly one of the most satisfying.

John Barry and his Orchestra You Only Live Twice
Without doubt, the most commercially successful film series of all time has been the James Bond adventures. They contained all the ingredients that film audiences love—fast-moving plots, colourful characters, imaginative sets, pretty girls, plenty of action and, not least, memorable background music by John Barry. Since the advent of the Bond films—or rather in parallel with them—Barry’s significance as a screen composer has gone from strength to strength with equally impressive scores for such films as ‘The Lion in Winter’ and ‘Born Free’ (for which he received an Academy Award). This particular theme song was composed for the 1967 film of the same name and was sung on the soundtrack by Nancy Sinatra, who scored a considerable hit with it. As a recording artist, John Barry has also come a long way since his early days as musical director for Adam Faith. In recent years, he has turned out a whole string of well-produced albums which have made him into an important middle-of-the-road artist. This track, then, serves a dual purpose, in that it spotlights Barry’s work both as a film composer and as a recording star.

Les and Larry Elgart and Orchestra Music to Watch Girls By
This lively Bob Crewe hit is one of the happiest instrumental pieces of recent years and it certainly makes an ideal vehicle for the big band sound of the Elgart brothers. Both Les (trumpet) and Larry (saxophone) are well-known personalities from the hey-day of the big band era, but their jointly led band is still an actively commercial unit, thanks to their ability to move with the times. In his early career, Les Elgart had played excellent lead trumpet for such bandleaders as Bunny Berigan and Charlie Spivak before forming his own band in 1945—which featured brother Larry in the sax section. An outstanding group it was, too, with exceptional arrangements by Bill Finegan and a youngster named Nelson Riddle. Les, a handsome man, was a somewhat subdued leader and, since brother Larry instilled so much enthusiasm into the band, confusion often arose as to who was the real leader. Eventually this conflict of temperaments resulted in a split between the two brothers, and each led his own band for a while. Later, both men realized that a jointly owned band was a much more commercial proposition after all, so they patched up their differences and joined forces on an equal basis. The new band proved to be even more profitable than the original 1945 unit. This comparatively recent recording by the band shows how well the Elgarts have moved with the times.

Andre Kostelanetz and his Orchestra Try To Remember
One of the all-time great masters of the light orchestral field, Andre Kostelanetz has been putting marvellous sounds onto records and into concert halls for many years. His sympathetic understanding of orchestral textures and his flair for decorating fine melodies have made him the envy of his colleagues and fellow artists. This tastefully arranged version of the popular ballad TryTo Remember illustrates just why Kostelanetz enjoys such an eminent reputation.

Alan Haven Charade
The increasing popularity of the organ in jazz and pop circles has created the need for a new style of keyboard artist, the kind of musician who is capable of drawing a unique sound from what has become an over-used instrument. Such an artist is Britain’s Alan Haven. His crisp technique and sensitivity of approach are stylishly applied to his individual interpretation of this well-known melody, composed by Henry Mancini for the 1963 film ‘Charade’.

Keith Mansfield Orchestra and Chorus And I Love Her
This superb song, one of the first major ballad compositions of Lennon and McCartney, helped to move the Beatles away from the “yeh, yeh” style of trivia with which they had become saddled in the early ’60s. It marked a positive step towards the maturity they later achieved. The true melodic worth of this fine song is projected with warmth in this lucid and illuminating treatment by the Keith Mansfield orchestra and chorus.

Alan Tew and his Orchestra We’ve Only Just Begun
There is a popular, though quite fallacious, belief that today’s songwriters are incapable of producing first-rate romantic ballads like those of the great songwriters of the ’30s and ’40s. This exquisite Paul Williams song clearly shows that the standard of ballad composition can be just as high today as ever it was. This reflective and moving arrangement by the talented Alan Tew adds glowing emphasis to a romantic masterpiece.