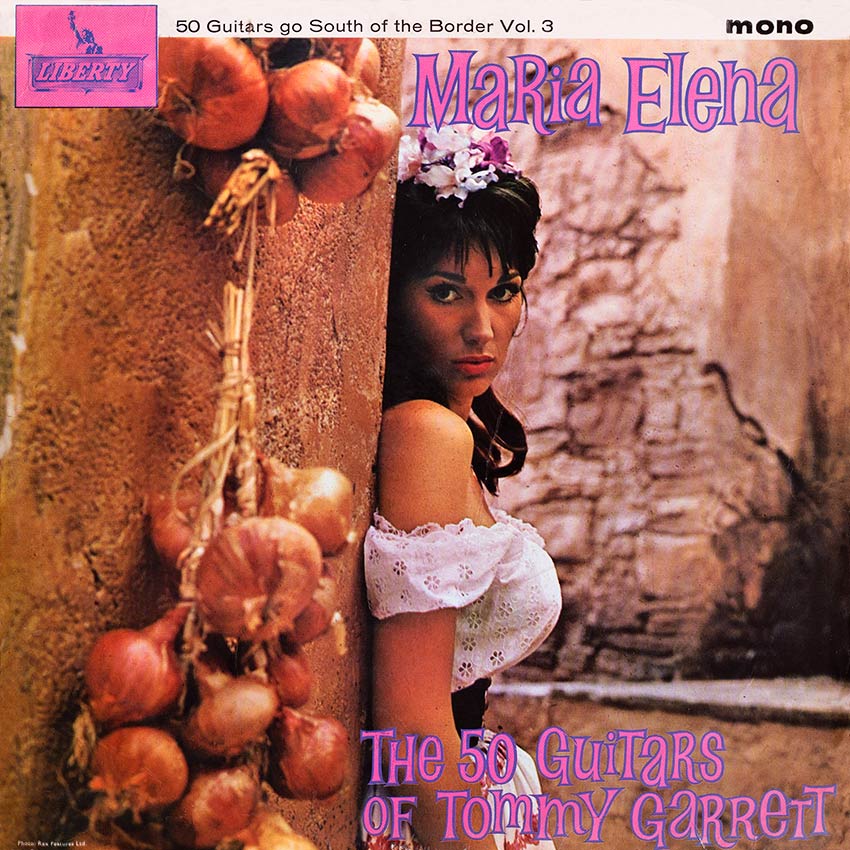 The one fact about popular music which can be stated with authority and no serious risk of contradiction is that it travels in circles. The circles may be wide in circumference and it may take decades for pop music to return to the initial point of departure, but it inevitably does just that in the end. Those old enough to remember what was going on before the circular journey began usually scoff derisively at younger generations who enthuse about the ‘new’ trend or sound. The youngsters in turn tend to view these deprecating assertions with suspicion, often to the extent of actually checking up on whether Grandpa really did serenade Grandma in their courting days with the current No. 1 hit now recorded in a somewhat different manner by Willie Precipice.

One instrument can always be relied upon to be prominent and in widespread use in pop music at any given time too, and that is the guitar. It may be a medieval troubadour entertaining the household of a noble knight as they slump glassy-eyed and bloated in their chairs after another bout of over-eating and drinking; it may be a Latin beau softly intoning some sensual love ballad beneath the balcony of his beloved, keeping a wary eye open for the disapproving dad and his dog; it may be a gypsy strumming passionate chords of fiery flamenco in the dank, murky interior of an Andalusian cave, mentally adding up the pesetas as they drop from the eager hands of enthralled tourists; or it may be the latest teenage idol in a glittering suit of excruciating tightness and enough electrical amplification equipment ranged around him to restock the BBC. In each and every case, the person concerned was and is clutching a guitar in some shape or form.

This LP emphasizes the point of our first paragraph nicely, and beautifully demonstrates the continuing attraction and potency of the guitar. The album’s title and main inspiration is a thirty-year-old Mexican love ballad written by Lorenzo Barcelata, which first achieved international popularity via some English lyrics during the nineteen-forties, and now in 1964 is again high in the hit parades on both sides of the Atlantic in a guitar setting of the utmost charm and simplicity. The turning of this particular full circle has enabled Tommy Garrett and his 50 Guitars to go South of the Border once more to the sunny, rhythmical musical territory where they attained their initial and establishing album success. The 50 Guitars bestow the straightforward attention to Maria Elena, which derives the best from the gentle, easily remembered melody without even the embellishment of any Latin American percussion. An Ernesto Lecuona classic, Jungle Drums, or Canto Karabali, follows, with bongos and finger-bells marking the strong Afro-Cuban beat, and Anna, one of the first baions to register internationally, is re-introduced with all her own charms, decorated by the jingling pandeiro, or samba tambourine.

Without You, by Osvaldo Farres, has the same eloquent, slightly wistful appeal as Maria Elena, especially when given this languorous bolero setting by the 50 Guitars. Cherry Pink enables the cha cha cha to make its first appearance in the selection, with some nimble double-tempo from the maracas during the middle eight bars. Taboo, written by Ernesto Lecuona’s sister Margarita, is the most famous Afro-Cuban of all, and loses none of its dark, ritualistic character in this unique styling for guitars with the bongos injecting the jungle atmosphere.

There is an intriguing admixture of rhythmic influences in the new arrangement of El Choclo or Kiss Of Fire which opens Side Two. Part tango, part bolero, part cha cha cha and part pasodoble, with the castanets imparting a definite Spanish tinge. The bolero, and cha cha cha combine to provide the foundation for the lovely Poinciana (Song of the tree), and the bossa nova or modern samba is unmistakably present as the 50 Guitars play Ary Barroso’s Brazil, now almost a second national anthem of that huge republic.

Amapola is a vintage rumba of unfading popularity, and lilts along with as much toe-teasing vigour as ever in this massed-guitar version. Flamenco Love is dressed in the rhythmic guise of the bolero cha cha cha, and merges into the album so admirably that one recalls with surprise that its origins are not Latin American. Another Ernesto Lecuona classic from his ‘Andalucia’ suite climaxes the LP with an appropriately Ravelian bolero beat.

Several circles in fact are completed by the material in this album, and the 50 Guitars officiate at the ceremony with impeccable skill. It is safe to say that if any new circles begin again now in 1964 with Maria Elena or any other of these splendid tunes, the renditions of them by the 50 Guitars of Tommy Garrett will be as fresh, acceptable and definitive when those circles complete themselves as they are now.