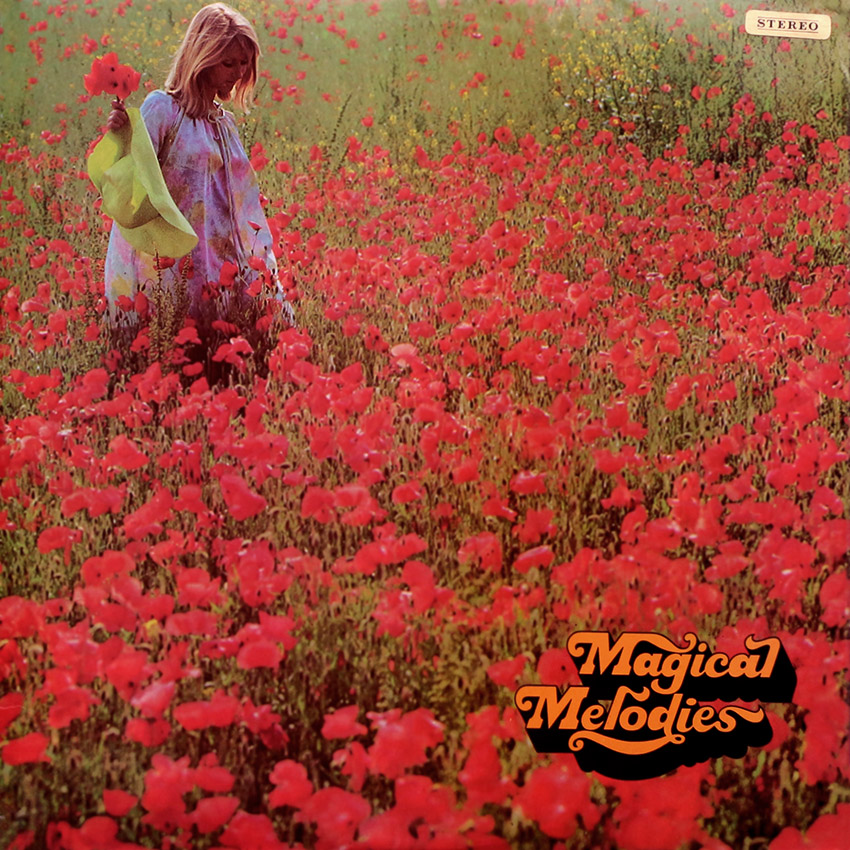 Side One
The Merry Wives of Windsor: Overture Nicolai The Vienna State Opera Orchestra conducted by Josef Leo Gruber.
It is appropriate that you should hear The Merry Wives of Windsor Overture played by the Vienna State Opera Orchestra, for, in the 1840’s, Otto Nicolai was its resident conductor. As a child in Germany, Nicolai was unhappy, and eventually ran away, but fortune was with him in the form of a ‘patron named Adler, who sent him to study stasis in Berlin. In an age of great operas by Verdi, Wagner, Gounod, and Offenbach, this work of Nicolai ‘s was an immediate success. The composer did not have much chance to enjoy his triumph, however: he died of apoplexy two months after its first performance, aged 39.

The Thieving Magpie : Overture Rossini The Beecham Promenade Orchestra conducted by Gilbert Vinter.
Rossini’s career was in two distinct halves: from 1810 to 1829 he was a prolific composer, writing 38 operas: from 1830 to his death, he hardly broke musical silence. The cause of this extraordinary change was probably not, as he claimed, his “passion for idleness”, but the result of a sequence of events involving the abuse of his opera ‘William Tell’, and political upheaval and lawsuits in France. The abdication of Charles X of France dashed to the ground his hopes of a lucrative contract with the king and started a lengthy legal tangle. ‘William Tell’ was reduced from five acts to three, and then to one. When the Paris Opera director told Rossini: “I hope you won’t be annoyed, but tonight we play the second act of ‘Tell’,” Rossini retorted, “Who, the whole of it ?” This overture comes from the happier days of 1817.
Faust Waltzes Gounod The Vienna State Opera Orchestra conducted by Massimo Freccia.
Gounod’s ‘Faust’, with libretto by Barbier and Carr based on Goethe’s play, was first produced at the Theatre Lyrique in Paris on March 19, 1859. Ten years later, almost to the day, it was revived at the Opera, and for this occasion, Gounod was required by tradition to incorporate a substantial amount of ballet music in the score; he therefore wrote this suite of dances, for the beginning of Act V.

Side Two Three Hungarian Dances (Nos. 6,7 and 1) Brahms The Vienna State Opera Orchestra conducted by Josef Leo Gruber. In September, 1853, Schumann’s wife, Clara, wrote flowingly about a 20-year-old composer called Johann. Brahms of his imagination, his depth of feeling, his mastery of form. She also praised highly his ability as a pianist, praise to be proud of from one of the most brilliant pianists of her age. Brahms was a good friend of the Schumann’s, and is thought to have been in love with Clara, who was 17 years his senior. But he never married, even after Robert Schumann’s death, perhaps because of his rather gauche nature. But he was a very warm-hearted man, who could fully express his real character, if in no other way, then through his music.
Waltz from Serenade for Strings’ Tchaikovsky The Vienna State Opera Orchestra conducted by Massimo Freccia. Tchaikovsky’s ‘Serenade’, the only large-scale work he ever wrote for string orchestra, and one of the few landmarks in nineteenth-century string writing, was composed in 1881, the year in which he also wrote the more famous 1812 Overture. The Serenade was, as he himself admitted, written more or less by accident, for he had originally planned “something between a symphony and a string quartet”, when his “Muse was suddenly kind” to him. Strangely enough, he was engaged on the orchestration of both the Serenade and the Overture two vastly different works at one and the same time. The Serenade was dedicated to Konstantin Albrocht, an old friend from his days at the Moscow Conservatoire, and it was first performed in Moscow in January of 1882, when it met with immediate success. The Waltz which is wholly Viennese in spirit is the second of the four movements.
Tanhaiuser Overture Wagner The Royal Philharmonic Orchestra conducted by Rent Leibowitz.
He believed himself to be one of the greatest dramatists in the world, one of the greatest thinkers and one of the greatest composers. An evening with hint was an evening spent listening to a monologue. Sometimes he was brilliant; some-times he was maddeningly tiresome. Always he had one sole topic of conversation: himself.
An endless procession of women marched through his life. His first wife spent 20 years forgiving his infidelities. His second had been the wife of his most devoted friend, from whom he stole her. And even while he was trying to persuade her to leave her first husband, he was writing to a friend to inquire whether the friend could suggest some wealthy woman ‘any wealthy woman’ whom he could marry for her money.
He wrote operas. And no sooner did he have a story than he would summon a crowd of friends to his house and read it aloud to them. Not for criticism. For applause. The name of this incredible man was Richard Wagner. Yet he was a musical genius, as his operas prove. Here is the famous overture to Tannhauser.