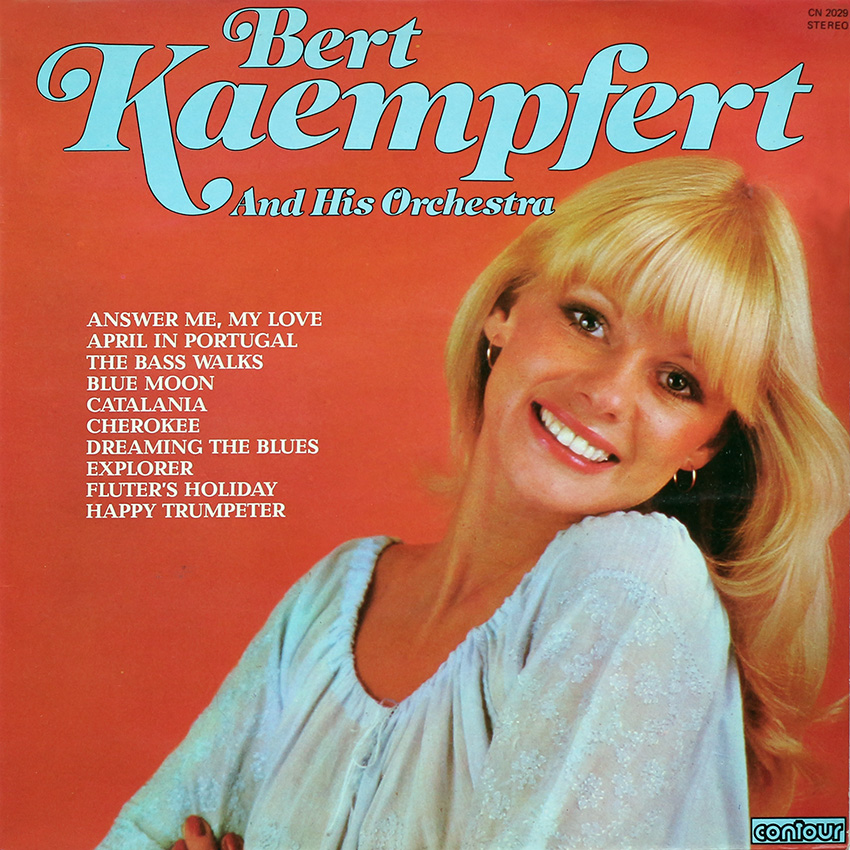 Over several years and many records, musicians have searched for that elusive, different – and commercial – “sound”. And one or two of them have even found it. Glenn Miller, as a notable example. He truly struck gold in the big band field with those distinctive and so individual arrangements. But that Miller Magic was born many years ago and few, if any, bandleaders have been able to emulate him since.

Few bandleaders, that is, with the exception of the remarkable Bert Kaempfert. For the Hamburg-born musician did a Miller and hit upon a unique, inspired way in which to blend and voice the instruments under his command. A way which produced an overall sound – the dominant bass line, the regimented swing of the beat, the muted brass, and the general air of quality – that quite literally grabbed the public by the ear. All of which is very evident from the many millions of Bert Kaempfert LPs which have delighted record listeners the world over.

Bert Kaempfert became interested in music at a very early age – when he was discovered trying to make tunes on the old piano in the parlour. His parents encouraged him by sending him for private lessons and later he was enrolled at the Hamburg School of Music from which he graduated with flying colours.

In addition to piano, he learned to play clarinet, saxophone, and accordian. And, before long, his talents as arranger and composer began to emerge.

His recording career began effectively in 1960 when the “single” of his own song, Wonderland By Night, topped the American charts and became a million seller. And there were to be many more successes along the way – notably his Strangers In The Night composition, which he wrote for a film and which gave Frank Sinatra a long awaited Number One hit, and Bye Bye Blues, his British chart debut record.

The Bert Kaempfert talents are all contained on this LP, with many of his own compositions, like Happy Trumpeter, The Bass Walks, Explorer and Catalania, sharing the honours with such well loved “standards as Blue Moon and Cherokee.