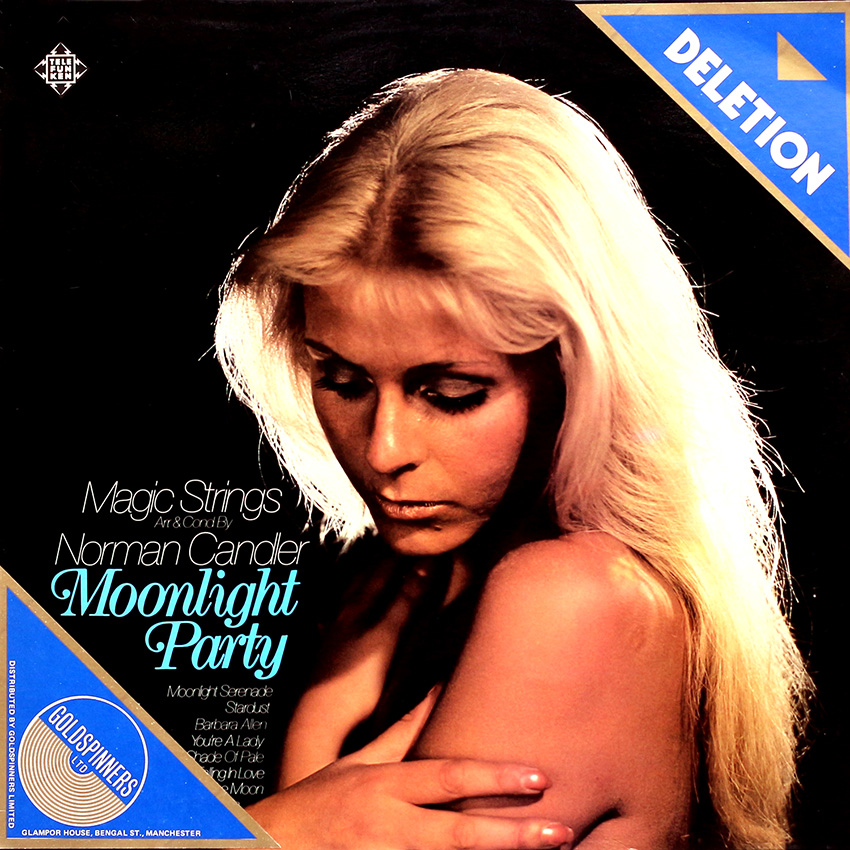 Since 1971, when Norman Candler presented his first “Magic Strings” LP, the young arranger and bandleader has been amongst the recognized and most popular representatives of a romantic and melodically emphasized style in contemporary pop and light music. Before he came along the sound of a big string orchestra backed by a strong rhythm section could only occasionally be heard in American films. From this he developed his own special sound – and found success from the start. The BBC gave him the “Three Star Award” for the best imported record and chose his version of “Many Times” as the signature tune for the popular programme ‘Album Time”.

In his first “Magic Strings” LP Norman Candler presented current hits, in the second world-wide hits trom musicals, and now he continues the thematic line of his “Sentimental Journey” with this album called “Moonlight Party”. He convincingly demonstrates anew that if a melody is good it is of no importance to him when it was written. Alongside “A Whiter Shade Of Pale”, the success number from “Procul Harum”, there come “oldies” like the Rodgers and Hart number “Blue Moon” and an interesting version of the old English folk song “Barbara Allen”.

From the great number of American all-time hits Norman Candler chose the harmonically interesting “How High The Moon”, a song which became well-known ail over the world through the Les Paul and Mary Ford recording. Then there is Glenn Miller’s signature tune “Moonlight Serenade” and the romantic “Stardust” about which the renowned magazine TIME wrote: “In Italy they call this tune ‘Polvere di Stelle’ and as well as ‘O Sole Mio’ it is amongst the eternal favourites. In Japan it is called ‘Sutaadasuto’ and belongs to those numbers of which you can buy various different recordings in every record shop. In England where the song is said to have ‘gone evergreen’ no single other composition has sold more. In the USA it is called ‘Stardust’ and is the most constant ha of the nation, as comfortable as an old shoe and still rare as glass slippers ..”Stardust” is without doubt the most successful,instrumental of all time and Norman Candler has succeeded in giving the ballade new brilliance with a charming arrangement.

Like every top arranger he experiences a challenge when confronted with a Bach Melody. The E-flat sonata is amongst Candler’s favourite pieces and he therefore arranged the theme of the second movement and called it “In The Mood For Bach”, a piece which fits very harmonically into this “Moonlight Party”. A party which brings Norman Candler’s musical sunshine to every lover of good music.