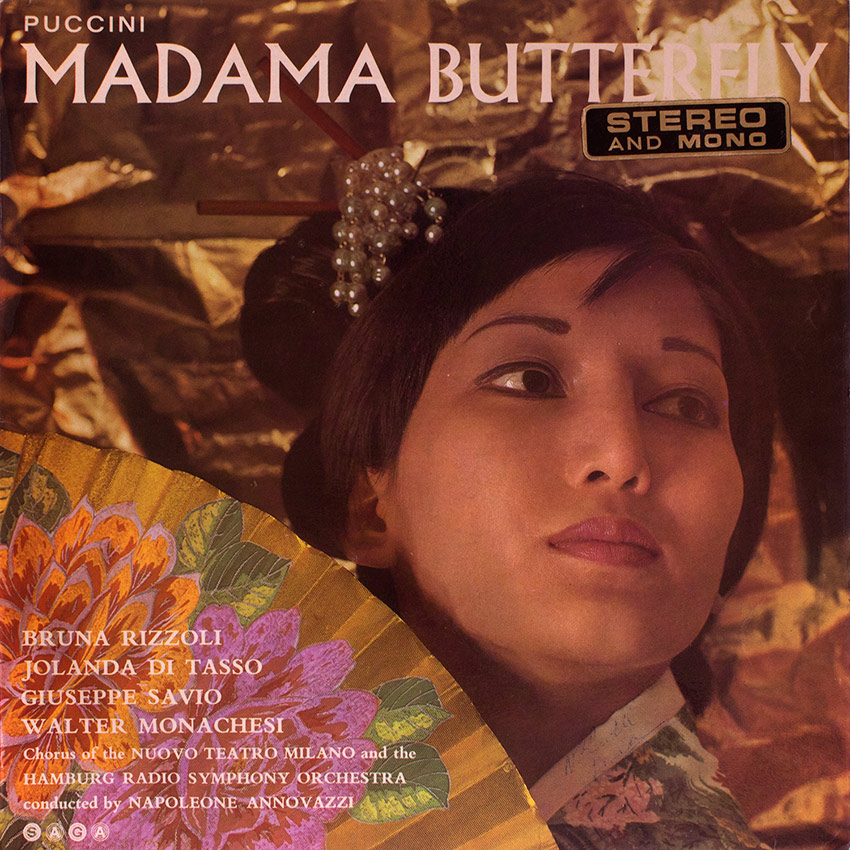 The action of Madama Butterfly lakes place in the early 1900s, at Nagasaki, Japan. After a brief orchestral introduction, the curtain rises on the exterior of Pinkerton’s house, set against the background of the hay. the harbour, and the town Benjamin Franklin Pinkerton, a lieutenant in the United States Navy, is being shown over the little house which he intends to occupy during his brief stay in Japan.

Sharpless, the U S Consul, arrives, and the opening bars of The Star-Spangled Banner’ are heard Pinkerton tells the Consul of the beautiful Japanese girl he has met (Dovunque al mondo) and whom he intends to marry, but with the privilege of annulling the marriage at any time. The consul does his best to dissuade his compatriot, convinced that no good will result, but Pinkerton will not be deflected from his course, and flippantly proposes a toast to America.

Goro announces the approach of the bridal party and the voice of Butterfly is heard (Ancora un passo or via) and with the serenely beautiful Spira sul mare e sulla terra she appears at the little wicket gate opening into the garden, looking radiantly happy, her arms filled with flowers Her relatives and friends assemble and the quaint ceremony of the signing of the marriage contract takes place While the guests are enjoying the delights of the table. Butterfly draws her husband aside and asks if she may retain a few souvenirs—a handkerchief, a mirror, a fan and a dagger m a ceremonial sheath. At the height of the festivities. Co-Co-San’s uncle, a Japanese priest, rushes in. He is furious with his niece for deserting her faith to marry an alien. Butterfly’s relatives and friends turn against her and leave hurriedly, with curses on their lips, leaving Pinkerton with his weeping bride.

Darkness falls and Suzuki. Co-Co-San’s maid, brings out a white kimono for her mistress to replace the ceremonial garment. Pinkerton takes his bride on to the terrace and clasped in each other’s arms, they sing ecstatically of their love (Bimba dagli occhi pieni di malia).

The interior of the house is seen when the curtain rises on tire second act Three years have passed and Pinkerton’s vessel has long left Japanese waters, but his wife still occupies the little house he bought. The faithful Suzuki still serves her mistress and there is an additional member of the household in the person of little “Trouble”, Butterfly’s son by Pinkerton.

As she finishes the aria. Sharpless arrives with Goro the marriage broker. Sharpless tells Co-Co-San that he has received a letter from Pinkerton. She expresses her joy but Goro urges her to remarry and introduces a wealthy suitor, Yamadori. She replies that it is not possible as she is already married. Goro tells her that Pinkerton’s desertion gives her grounds for divorce, but she is confident that he will return. She runs out of the room and returns with a child in her arms. Sharpless asks. “Is this his child?” “Yes.” replies Butterfly, “his name is Trouble, but soon he will be called Joy.” Sharpless tries to read Pinkerton’s letter, m which he tells of his marriage to an American girl, but she interrupts and asks the Consul to write to Pinkerton and tell him what a beautiful son he has Taking the baby m her arms, she sings Che tua madre dovra prenderti un braccio, during which she bids the child not to believe the bad man who says his father will not return.

Sharpless leaves, and soon afterwards the boom of a cannon is heard. It is Pinkerton’s ship, and Co-Co-San tells Suzuki to fill the house with flowers The two sing the lovely Flower Duet (Scuoti quella fronda di ciliego… tutti I fior) Butterfly, her baby, and Suzuki silently await Pinkerton’s arrival as twilight steals over the room, and a lovely haunting melody is heard from an unseen chorus of humming voices.

The final scene shows dawn approaching, but the three figures keep their vigil, the music of the Intermezzo suggesting the brightening mom Suzuki and the child sleep, but Butterfly has not closed her eyes the long night through. The music of the Intermezzo runs straight into the singing of sailors from afar (Oh eh! Oh eh!). As sunshine fills the room, Suzuki awakens and Butterfly carries her son into an adjoining room. Hardly has she gone than Pinkerton arrives with Sharpless. Suzuki is overjoyed, but they bid her to be silent She sees an American woman in the garden and Sharpless tells her it is Pinkerton’s American wife, who has come to adopt the child. Sharpless advises Pinkerton to withdraw, so that he may tell Butterfly the cruel truth alone Before leaving, Pinkerton takes a sad farewell of his Japanese home (Addio fiorito asil) Suzuki cries out despairingly and Butterfly rushes in expecting to find Pinkerton The truth dawns on her and she agrees to give up her child, but asks half an hour’s grace Left alone, she takes the dagger from its sheath, and reads the words inscribed on it. Con onor muore chi non puo serbar vita con onore (Die with honour when it is impossible to live with honour) A sliding door opens and Suzuki pushes the child towards his mother, who bids him a poignant farewell Then, taking the dagger, she goes behind a screen and the knife is heard to fall from her hand She staggers forward, takes the child’s hand, and falls lifeless. Pinkerton rushes in, sobbing with grief and shame. As the curtain falls, Sharpless picks up the child and turns away, while a solemn Japanese melody is thundered out by the orchestra.
ART & SOUND LTD. 1967