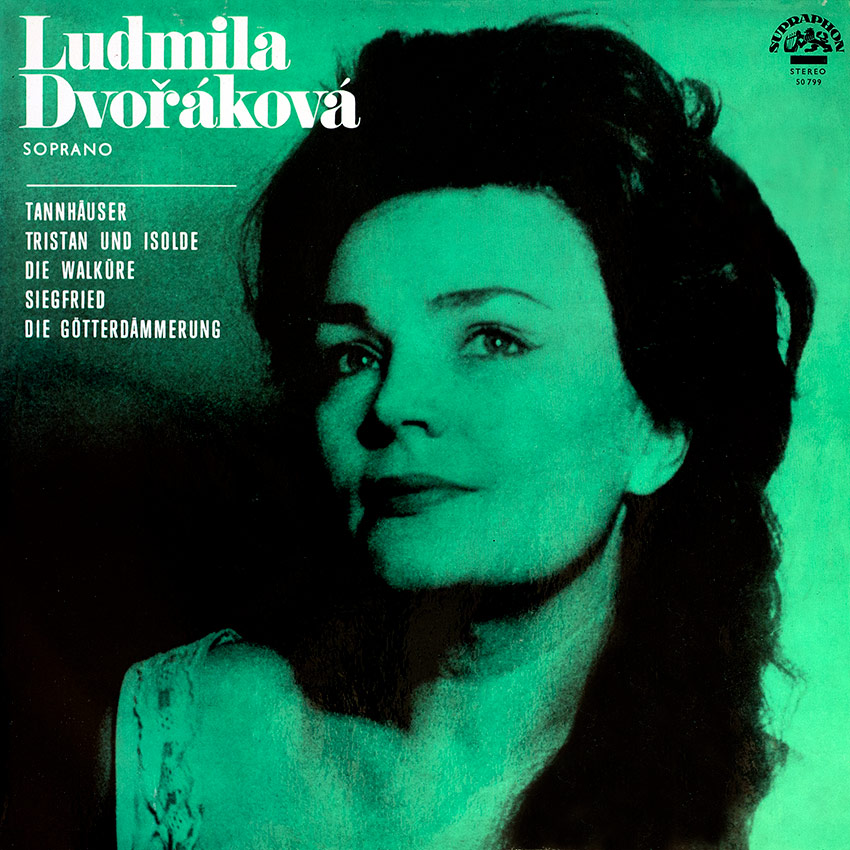 Ludmila Dvořáková, the eminent Czechoslovak soprano, was born in 1923 in Kolin. Since childhood she was learning to play the piano and the violin and between 1942-1949 studied solo singing at the Prague Conservatory. After graduation she became a soloist of the Ostrava Opera and, since 1954, sang in the Prague and Bratislava National Theatres.

Even as a Conservatory student she represented Czech art of singing abroad, e. g. in France and Belgium, and in the Soviet Union during Antonin Dvořák commemorative festivities in 1954. She is an eminent interpreter of Wagner’s operatic heroines (Tannhauser, The Twilight of the Gods), of which she gave yet another proof last year during her guest-performances in Bayreuth where the critics have highly praised her voice as “one of an unusual viola colouring, plastic in expression and absolutely perfect as regards technique: it is unique even among first class singers of this category”. Ludmila Dvořáková is now a permanent member of the Berlin Opera and sings regularly also in the Metropolitan Opera in New York, the State Opera in Vienna, the Bavarian State Opera in Munich, the Hamburg State Opera and in the operas in Lausanne and Berne in Switzerland.