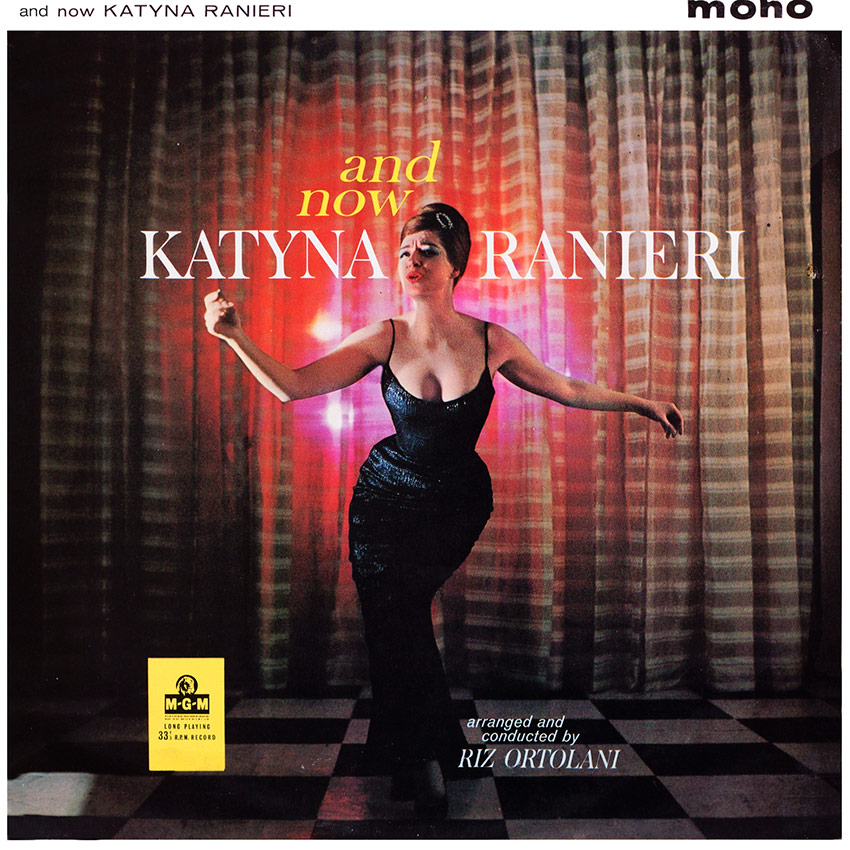 Voice training? Again, Italy. Katyna Ranieri, as a wide-eyed youngster from Florence, studied operatic singing in Rome, but soon gave up the trills and cadenzas of Verdi and Rossini for the world of show business. At seventeen she “went pop” and soon appeared in an Edoardo Spadaro musical show. But wherever she sang—Belgium, Sweden, France, Mexico—she sang always in her native tongue. A voice of lights and shadows singing in a language of lights and shadows. Perhaps this partially explains the fact that, today, Ranieri, superb artist that she is, accomplished in half-a-dozen languages and known throughout the civilised (and sophisticated) world—is still the most loved and famous Italian woman singer of our time.

The secret of her art? She never sings a cheap or vulgar song. What she sings has been carefully, meticulously selected. And
when she sings there Is in her voice that rare quality that tells you quietly, but instantly and undeniably, that she is not singing to a roomful of people—she is singing for you alone. The secret of her highly polished art is simple, dramatic communication.

Here we are concerned with her performance, her “act”, her show. You are sitting first-row table at the posh Persian Room in New York, or perhaps, better still, in the star-studded brilliance of Frank Sennes’ Ciro’s, in Hollywood. Famous names and famous faces are all about you. The curtains part and Ortolani appears, baton in hand. He is the distinguished orchestra conductor Katyna met and married in Mexico some years ago. His arrangements and conducting add verve and accent to Ranieri’s singing. There is a brief overture, exotic, tempestuous, exciting. Then Katyna Ranieri appears, richly gowned, warmly voiced.
There is a single spotlight on her as she turns toward you . . . you must listen.