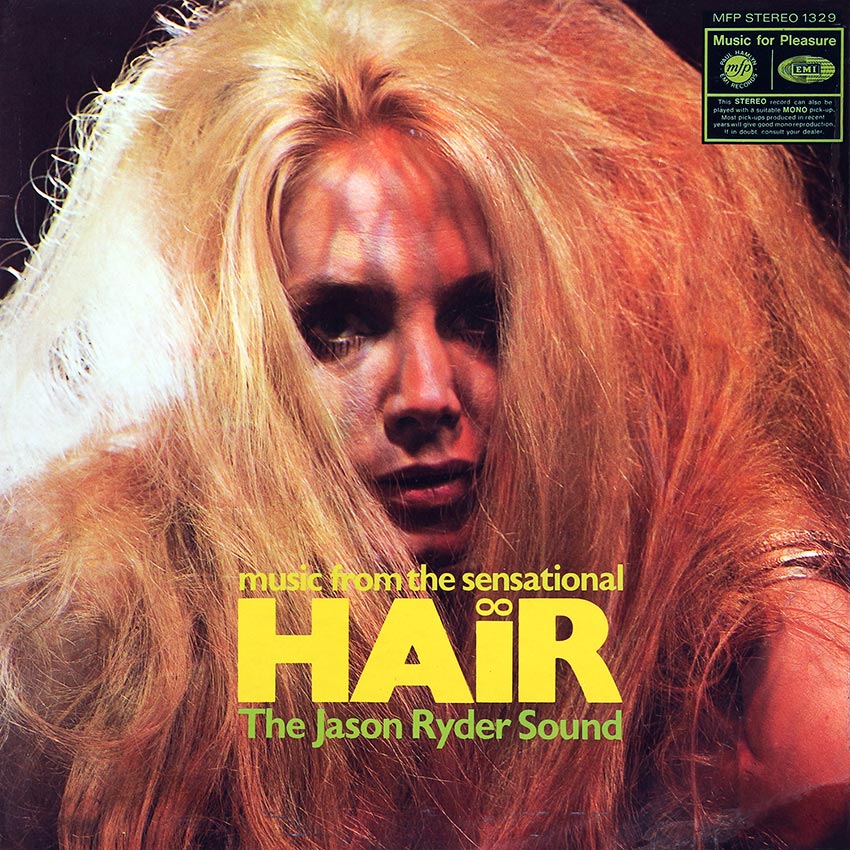 The American Tribal Love-Rock Musical ‘Hair’ has brought the world of the Hippies into the theatre. In so doing it has caused a sensation that has rarely been equalled; the world it shows is onewhere conventional inhibitions—sexual taboos, racial barriers, even clothes—have lost their place, and in a no-plot, beat-backed, dance-filled happening the cast of drop-outs, acid-heads and draft-dodgers have given the musical stage a shaking from which it should never recover.

The famous no-clothes scene gave ‘Hair’ a notoriety which preceded it across the world, but those who see the show soon realize that the true message of ‘Hair’ has to do with youthfulness, vitality, colour and song—and far from being prurient or suggestive, ‘Hair’ has a kind of child-like innocence that protects it from the most fanatical guardians of public morality.

The music of ‘Hair’ is pure undiluted American rock, pop music with plenty of tunes and plenty of beat. Probably it’s the tunes that will last the longest, and we are sure to be hearing them time and time again in every variety of arrangement. Many of the songs have now been heard in the world’s hit parades, but the Jason Ryder Sound is first with a selection of bright new instrumental arrangements of ‘Hair”s best tunes. If you’ve seen ‘Hair’, you will be surprised at the way these arrangements succeed in capturing the vitality and excitement of the stage production; but if you haven’t yet been reached by ‘Hair”s vibrations, then this album will make a fine introduction to the most sensational musical ever to astound the world’s audiences.
BLASE MACHIN