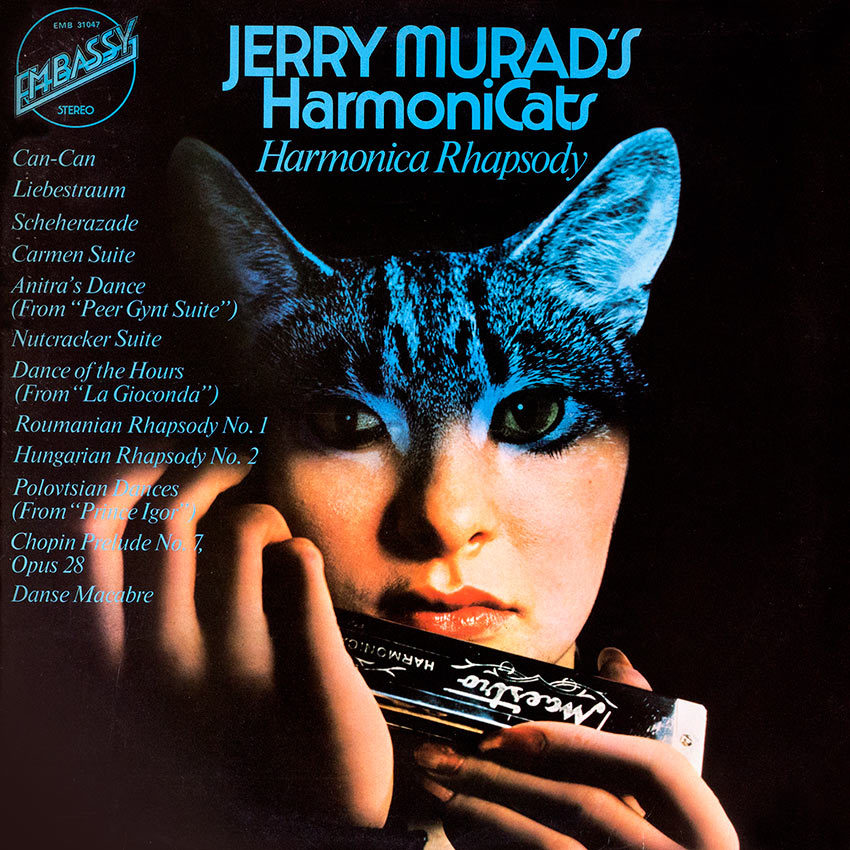 You can trust Jerry Murad and the Harmonicats to come up with something fresh and exciting every time! In Harmonica Rhapsody they blow the dust off twelve works by master composers and literally breathe sparkling new life into them. As every harmonica fan knows, there’s nothing the matter with the music of Offenbach, Rimsky-Korsakov, Liszt, Bizet and the other eminent Gentlemen represented here that can’t be made even more effervescent and captivating by the wide range of instrumental effects developed by Jerry and Harmonicats Don, Les and Al Fiore.

Offenbach’s Can-Can has never sounded more persuasively Parisian, Rimsky-Korsakov’s Scheherazade has rarely told her Oriental tales more seductively, Liszt’s Liebestraum is just what it’s title implies, ‘A Dream of Love’. The suave and rousing strains of the suite from Bizet’s Carmen, the shimmering beauty of Grieg’s Anitra’s Dance and the bold blaze of colour in Borodin’s Polovtsian Dances are only some of the album’s delights. There’s no getting around it — Jerry Murad’s Harmonicats is an astonishing group of musicians!