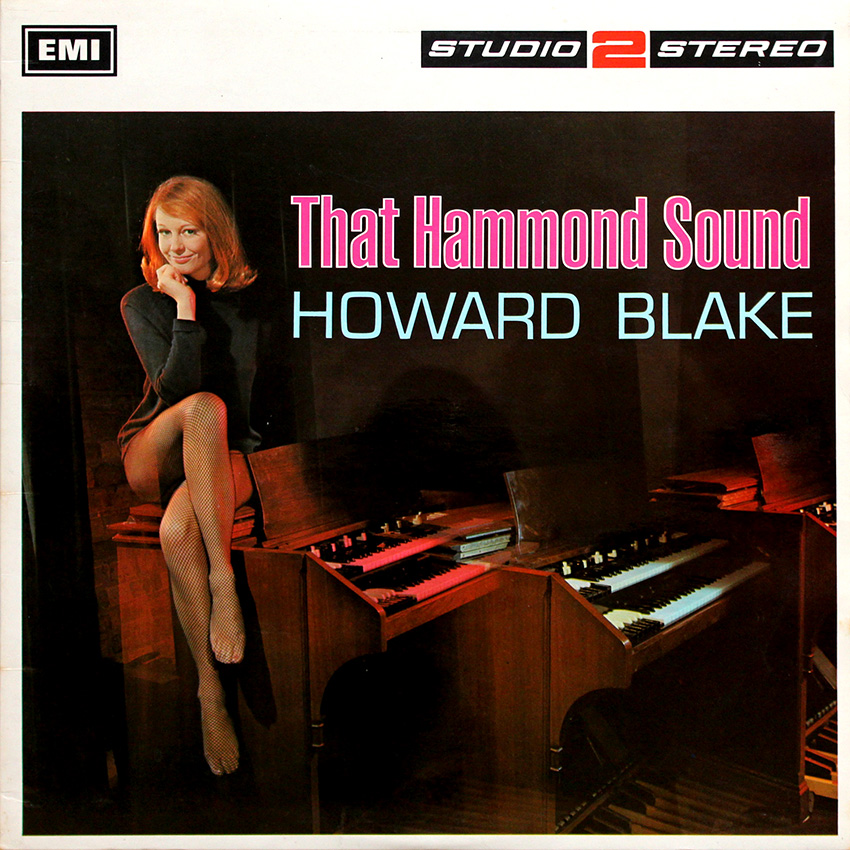 You may be under the impression from this cover alone, should you be unfamiliar with Howard Blake’s career, that this is just another throwaway cheapie like many others from the 60s and 70s. However this album is but one small piece of the Howard Blake jigsaw of career spanning highlights. Mr Blake is also the composer of the famous “Walking In The Air” song from the animated children’s film “The Snowman”. But alongside this Goliath of the music world he also wrote countless numbers for TV, radio, commercials and films. Those of a certain age may remember, for example, the Bounty chocolate bar TV adverts (“a taste of paradise”) and if you do you’ll almost certainly recall the tune that accompanied it. Hear it here for a quick reminder. In the meantime – “Sink back into that comfortable armchair and savour ‘That Hammond Sound’.

FOLLOWING THE INCREDIBLE SUCCESS OF HOWARD’S FIRST ALBUM, “HAMMOND IN PERCUSSION”, IT WAS DECIDED THAT A FURTHER ALBUM IN THIS SERIES SHOULD BE MADE AVAILABLE. “THAT HAMMOND SOUND” ONCE AGAIN DEMONSTRATES THE SUPERB ‘STUDIO 2 STEREO’ SOUND, AIDED BY THE MOST UP-TO-THE-MINUTE RECORDING TECHNIQUES AND BRINGING INTO YOUR OWN HOME THE EXCITING SOUNDS PRODUCED BY THIS GROUP OF LONDON’S TOP MUSICIANS. EVERY TRACK ON THE ALBUM HAS BEEN SPECIALLY ARRANGED BY HOWARD HIMSELF AND HE ALSO COMPOSED THE VERY WISTFUL TITLE, SCORPIO. SO, SINK BACK INTO THAT COMFORTABLE ARMCHAIR AND SAVOUR “THAT HAMMOND SOUND”.