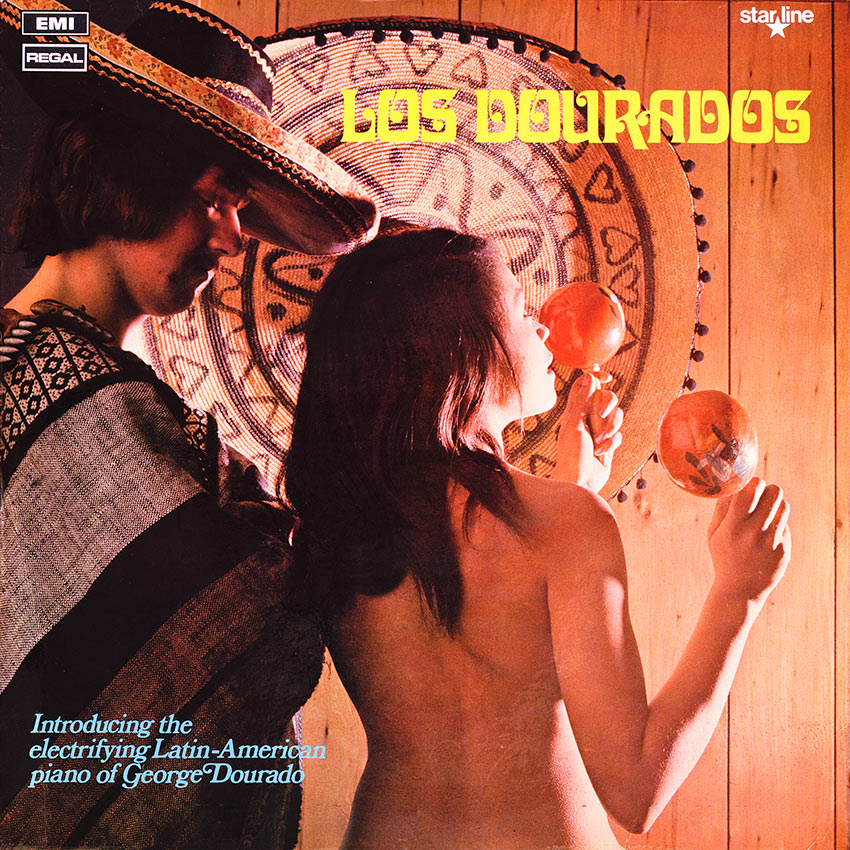 From the Tango ‘Twenties to present day Bossa Latin-American dance music in its each and every form has enjoyed a world-wide acceptance and success, but seldom, if ever, in its long international career has it found so cosmopolitan a collection of devotees as comprise Los Dourados.

The drummer is a Welshman, the bongo player an Arabian, the conga man—British born of African parents, the guitarist a Trinidadian and the bass player an Indonesia! Which leaves only the pianist—and brilliant cornerstone of the entire combination—George Dourado. And George adds a further cosmopolitan touch. He was born in Ipoh, a small town in Malaysia, the son of musical parents and something of a child prodigy of the pianoforte in his native homeland.

In the early ‘Fifties he followed a doctor brother to England to read law, but the lure of the keyboard proved stronger than the appeal of the Law Courts and soon Dourado was to achieve his first residency in London, at the Savoy Hotel, where his one-time idol Roberto Inglez had made his name. Since then the West End nightclub and restaurant scene has been Dourado domain, and the long years of experience and devotion to the sort of music he loves find their ultimate expression in this, his first recorded album—the first, not of the few, but, we feel certain, of the many!