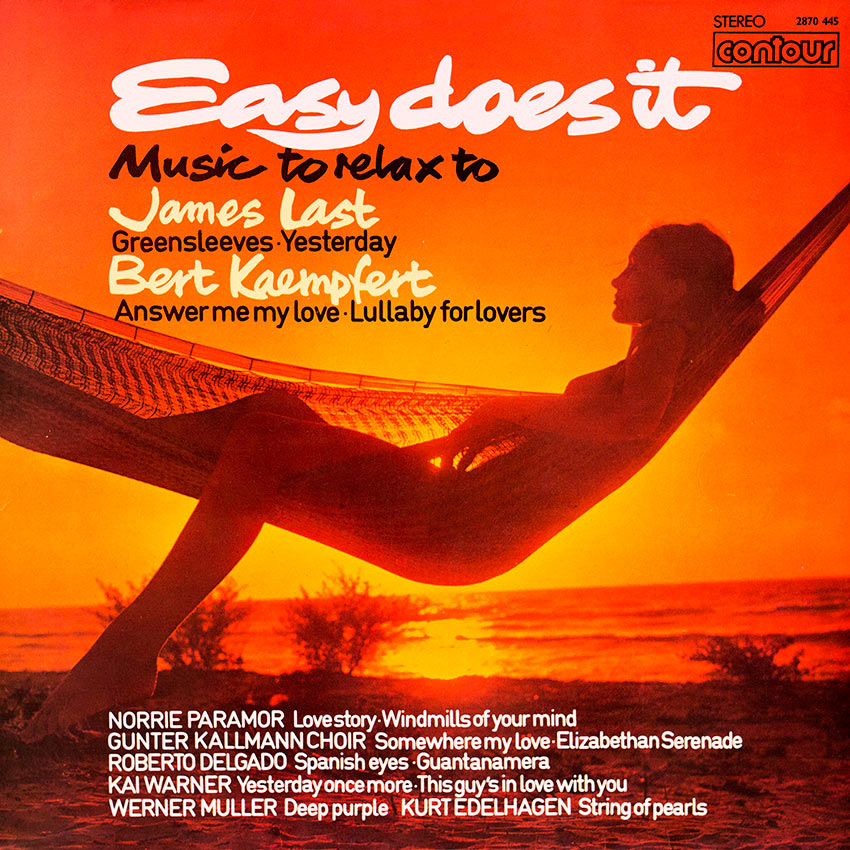 A big band is a big band, no matter what. Or when. It was the Swinging Thirties (and how they swung!), which gave birth to the big band. Or rather, the big band which gave birth to the Swinging Thirties. Miller, Goodman, Shaw, Dorsey the names are perpetuated in popular music’s own hall of fame. The big band may first have cast its magic spell getting on for 50 years ago (can it really be that long?), but one particularly happy result of it is that today the big band is still very much alive, well, and doing nicely, thank you.

It still exerts, in fact, tremendous influence on the styles and tastes in modern music.

Of course, there have been changes along the way. Changes, happily, for the better (if that’s possible). The Thirties’ sound of brass, saxophones and rhythm section has been added to and experimented with. Strings and voices, for example, have played an ever-increasing and important role in the big band sound of today. The electronic instruments, too, have long since been accepted into the big band fold. And, electronically speaking, recording techniques have taken on a whole new brilliance which surely would have gladdened the hearts of those big band music-makers of yesterday.

What of today’s ‘names’ on the big band scene? There are many. Musicians who have shown flair, imagination and a sense of musical adventure which, in turn, have led to new and exciting sounds. Several such gentlemen are featured on this one LP James Last, Gunter Kallmann, Roberto Delgado, Norrie Paramor, Werner Muller, Kurt Edelhagen, Kai Warner and Bert Kaempfert. Worthy successors, all of them, to those marvellous Millers and Goodmans.

It seems only right and proper, therefore, that the gap between the golden musical years of the Thirties and today should be neatly bridged by the inclusion on this album of two songs so closely associated with those earlier big bands. The songs? Well, “String of Pearls”, the Jerry Gary composition which gave Glenn Miller one of his biggest hits, is one of them. Here it’s performed by Kurt Edelhagen. Then there’s “Deep Purple”. Artie Shaw had big record success with that one. Here Werner Muller is the musical brain behind the up-to-date arrangement.

Many of the other songs are newer but already ‘standards’. The Lennon-McCartney hit, “Yesterday” (James Last), the Bacharach-David composition, “This Guy’s In Love With You” (Kai Warner) and the popular Legrand-Bergman song, “Windmills Of Your Mind” (Norrie Paramor). And much more.