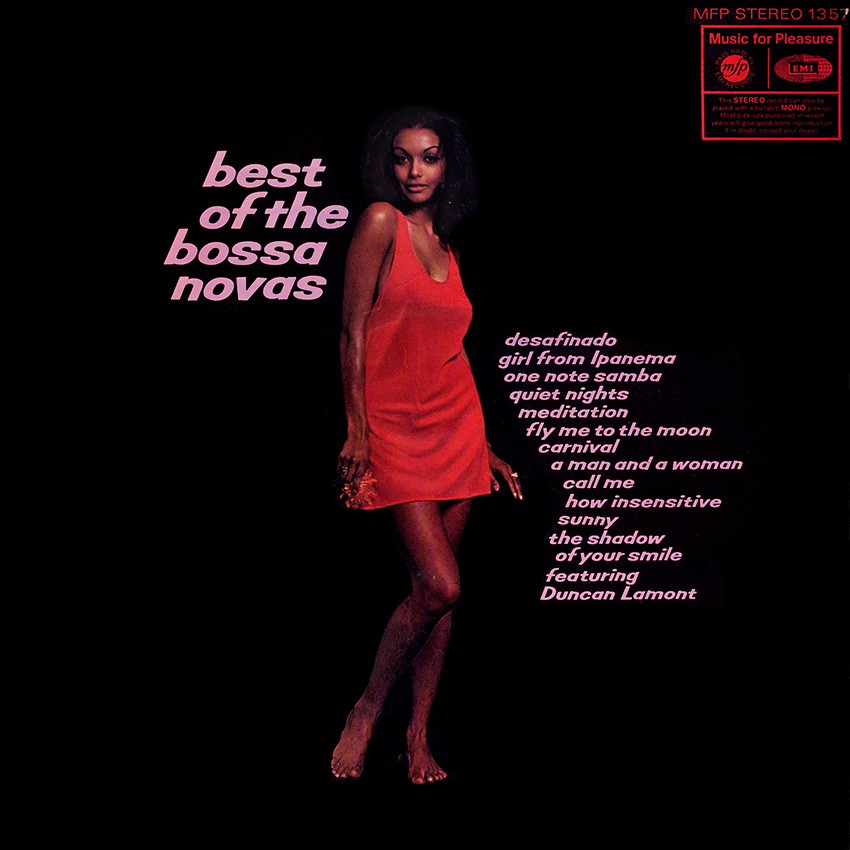 A budget album packing a bossa nova punch. If you like the idea of smoooooth jazzy bossa nova sounds then listen to this album through the YouTube video below – you’ll be warmly rewarded!

‘If music be the food of love play on’ Music an emotional experience as opposed to an intellectual exercise — an idea expressed many years ago and never more valid than in the present day. The music of the Brazilians — the refreshing, stimulating rebirth of a naturally sensitive musical form—came as a ray of sunlight piercing through the ‘anaemia and confusion’ of the American musical scene.

Intellect had smothered emotion — the complexities of jazz were denying any rapport whatsoever between musician and audience and musician and fellow musician. It was not only a healthy sign but also inevitable that the bossa nova rhythm of the South Americans would sweep away the introspective concepts which were turning music into a mathematical problem.

In this album, we have tried to recreate some of the swing and sway of the bossa nova sound. Eight leading musicians, each an artist in his own right, each recognized for his own particular style and technique, have joined forces under a common banner — namely that of bossa nova. The sound, first instigated by the marriage of Stan Getz’ and Joao Gilberto’s music, is captured in its full honesty. Gentle improvisation leading out of a given melody is far removed from the mental acrobatics of much experimental jazz; the listener feels rather that he is invited to participate in and share a common emotion. Always the blend of controlled enthusiasm and natural flow induce a feeling of complete harmony and relaxation — a state of mind which few other forms of music can help to attain. Duncan Lamont’s arrangements are superb. Always simple, sometimes subtle, one can note particularly his version of ‘A Man and a woman’ which lends itself magnificently to the rhythm and is truly a masterpiece. Bossa nova will never die for it has become an integral part of our lives. Circumstances may change but the rhythm of the Brazilians will help sway time along and take one out of the noise and flurry of day to day living.