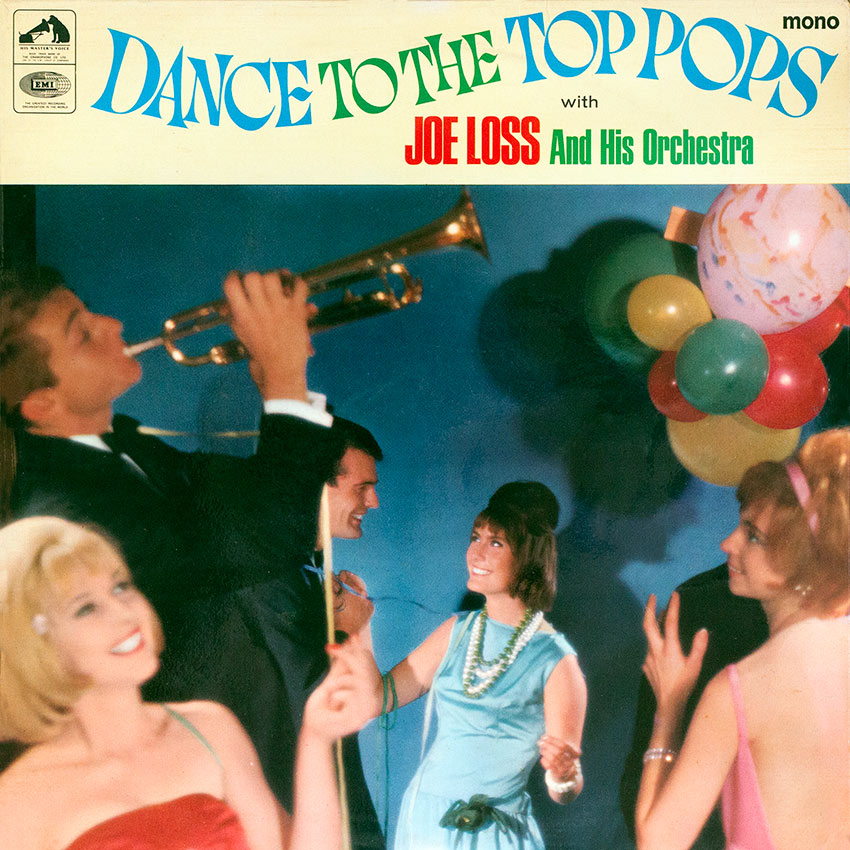 Really, you know, a Joe Loss album is sufficient unto itself – and these notes appended to it are superfluous! For is not his name one of the best known and most firmly established in the whole vast panorama of show business? And does not his orchestra’s reputation as the outstanding British dance band guarantee that this new LP is on a par with all its predecessors – offering the very best in strict-tempo music, and catering for all tastes from the traditional ball-room exponents to the younger and more volatile modem element? Yes, of course you know what to expect from this album. For Joe has been dispensing his own particular brand of compulsive, scintillating, irresistible dance music for more than three decades – unfailingly providing an immaculate tempo, and always one step ahead of his contemporaries in setting trends.

There is no secret formula that has kept Joe Loss so an ahead of his rivals; it is simply a combination of experience and enterprise – experience in assessing exactly what the public wants, and in providing it as attractively as possible; and enterprise not only in keeping abreast of the ever-changing trends in popular music, but also in being able to foreshadow them. Add to these qualities the more tangible factor of the orchestra itself – consisting of some of the finest musicians in the country, but who, nevertheless, operate not as individualists but essentially as a team – and it is not difficult to understand why Joe retains his widespread popularity in these days when (so all the critics are tailing us) the heyday of the his bends is over. His is a simple, yet effective, policy – dictated, not by Joe himself, but by the fan-in-the-street. And thanks to his realistic approach, Joe has carved a very special niche In the public’s affections. Is ha not the fellow we can rely on – whether we weal merely to settle back and listen to our pop favourites played in impeccable style and teats, or whether we wish to lay the ideal foundation for an intimate get-together of friends or a swinging Christmas party? Of course, Joe’s the boy, as we all know – which is the very mason why you are now holding this LP in your hands.

Over the years, Joe has always maintained such an unswervingly high standard, that we are now able to take his music for granted. We do not need to listen to one of his albums before acquiring it – the very name on the label is, as it were, a seal of quality. And in all probability, these words which I have written are already common knowledge to you. Why then, you may ask, have I bothered to introduce a record which, in all honesty, needs little or no introduction? Well, It’s partly because I never cease to marvel at the undiminishing verve and vigour of this remarkable man, who seems to remain forever youthful despite the passing years, and who – as all his friends and acquaintances will verify – acknowledged as one of the “nice guys” of show business, and it\’s also because I never fail to be impressed by the deftness and subtlety with which the maestro always succeeds in blending melody with rhythm. One of the major drawbacks with many strict-tempo records is that they are designed primarily for the dancing enthusiast and, out of that context, they become somewhat Insipid and stereotyped. But Joe’s discs do not came info this category – although perfect in tempo, they are also Impregnated with a very strong entertainment value, thus proving as acceptable to the armchair listener as to the ballroom dancer. Is there anything specific to be said about this new LP? Well, over and above my previous comments, this is an album which compresses virtually the whole nose pop scene Into a nutshell. Including, as it does, over twenty of the biggest chart successes of that year. It is also a collection that no self-respecting party-giver should be without comprising a generous section devoted to the more orthodox dancer; ample opportunity for the young-in-heart to cavort in their own individual Interpretations of the shake or twist (a dance which, having no set pattern, enables even non dancers to “have a go”); a Join-in-the-fun, free-for-all party-time medley, designed to exercise your vocal chords as well as your feet and legs – and, as an innovation, In view of the extent to which Herb Alpert has stamped his influence upon pop music, there’s a colourful Latin-flavoured section in the widely-acclaimed Tijuana style.
In other words, in keeping with Joe Loss’ reputation, there’s something for everyone – an album which only serves to emphasise my long-held belief that show business without Joe Loss would, indeed, be a Dead Loss.