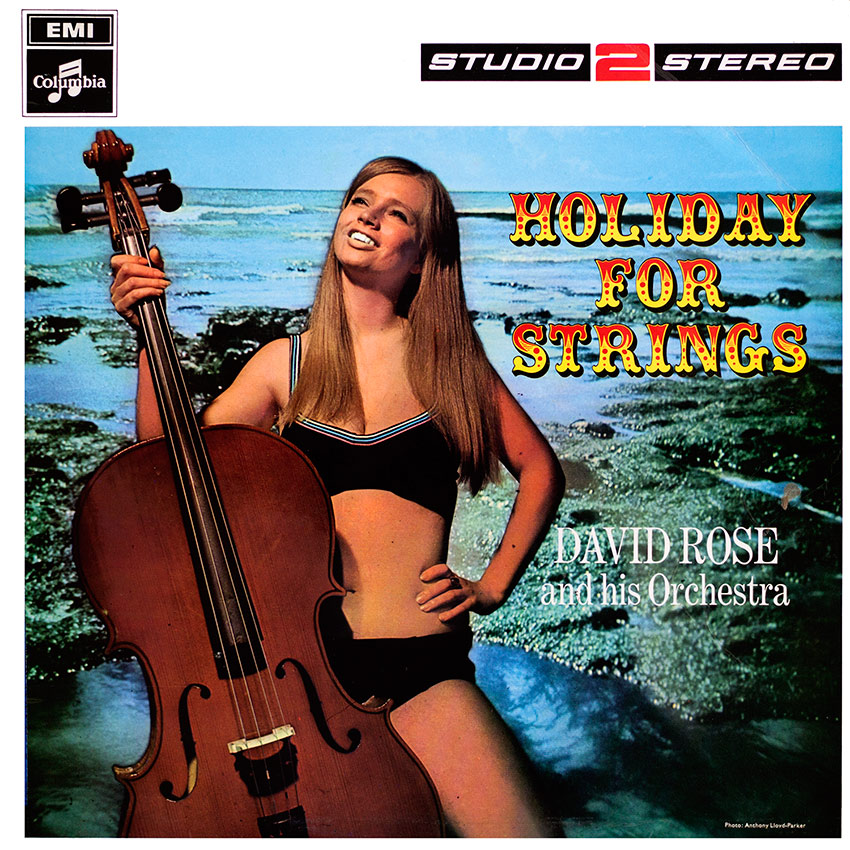 David Rose, in fact, composed 11/12ths of the music in this bedazzling David Rose showcase. For most composers, the above would represent a professional lifetime. With David Rose, however, there’s a hitch! Specifically, composer David Rose is also the famed arranger and conductor David Rose, whose arrangement helped to establish “Like Young” as a “standard” instrumental hit.

“The Stripper”, “Holiday for Strings” and “Like Young” — nearly everyone can whistle the melodies of these favourites upon request. But what of the other tunes in the album? Well, just about everyone could whistle those melodies, too . . . if only the titles were as familiar as the tunes.

How did this situation come about?… the answer is as grand as the David Rose talent itself. Briefly, David Rose has been enjoying the business of music-making since the mid-thirties when, as a Chicago radio staff pianist and arranger, he was responsible for adapting and performing the music which backdropped the voices of radio’s top stars. His sounds were so successful that Hollywood came calling in 1938 and persuaded him to vent his talents over Hollywood-based air waves. Radio fame led quickly to screen acclaim which in turn led to TV pre-eminence (like musical directorship s on “top 10” shows “Bonanza” and “The Red Skelton Hour”). The result is a repertoire of magnificent music that’s been heard and enjoyed via the three major entertainment media —fine music whose audience favour rests more with the melodies than the titles.

And here are sumptuously new David Rose presentations of those beautiful David Rose compositions—each one intended strictly for listening pleasure, whether it be of the com-forting background type or of the more intense and rewarding full-attention variety. No matter what, complete enjoyment is there when familiar “California Melodies” and “Gay Spirits” are given lyrically sweeping interpretations . . . when the equally familiar “Dance of the Spanish Onion” along with “Wig-Warn” and “Taco Holiday” are caught in a lighthearted intermingling of violins, brass, woodwinds and percussion . . . when the almost classically familiar “Four-Twenty A.M.” romances the senses with a kind of New York-on-a-drizzly-morning mood.

This is truly a HOLIDAY FOR STRINGS — pizzicato strings, sweeping strings, totally beautiful strings . . . rich strings delicately accented with just the right dash of an entire orchestra of instruments. And it’s all by a complexity of talents named David Rose.