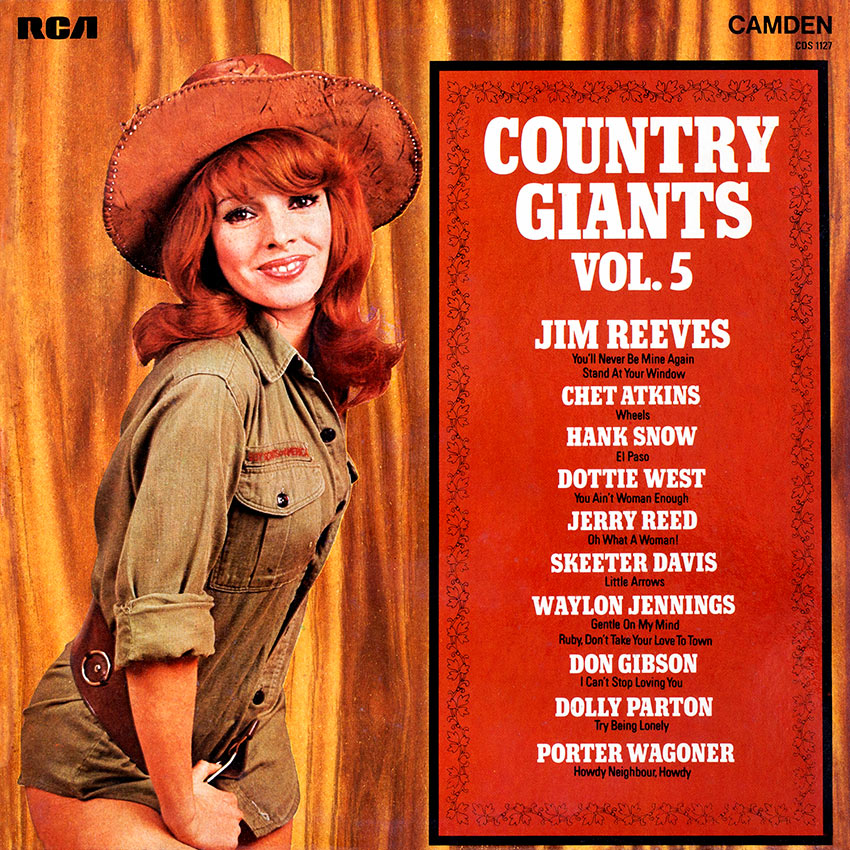 The artists performing on this album are amongst the all-time greats of country music, and between them they cover every style. From the happy welcoming voice of Porter Wagoner to the deep emotive tones of Waylon Jennings, via the plaintive Skeeter Davis and the smooth Jim Reeves, not forgetting the brilliant guitar picking of Chet Atkins. ‘Country’ music at its very best represented by artists who are some of country music’s best ambassadors, as demonstrated by their visits to the United Kingdom. The lovely Dottie West, a firm favourite at the Country Music Festival; Jerry Reed, who has a string of hits to his credit as well as having written several hit songs for other artists; Don Gibson, who besides having a fine voice, is also a well known songwriter; Dolly Parton, the beautiful lady of song, who in addition to her solo recordings, also duets with Porter Wagoner, and still finds time to compose. Finally, there is the immortal Jim Reeves, who became a legend in his life-time, but whose popularity still lives on nearly a decade after his tragic death. This then, is your opportunity to hear some of the finest country songs ever written, as presented by the musical ‘giants’ of country music, and happily this opportunity ‘knocks’ more than once.