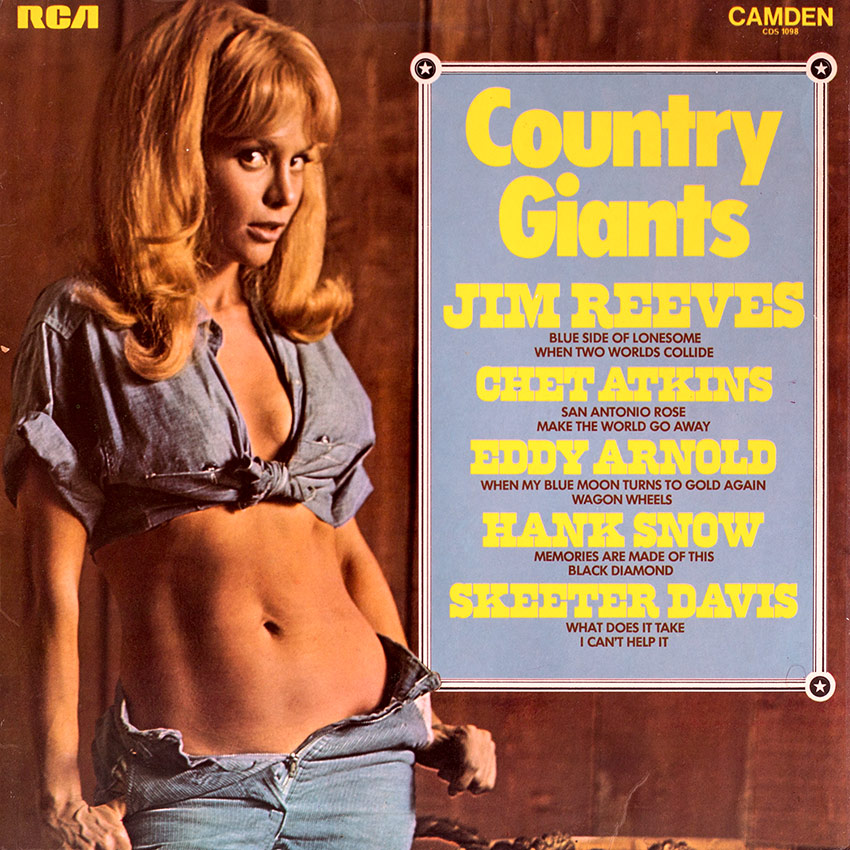 Ask any country music afficinado (sic) just who the giants of country music are and the chances are they’ll come up with some, if not all, of the names on this collection.

For Jim Reeves, Chet Atkins, Eddie Arnold, Hank Snow and Skeeter Davis are the stuff of which country music legends are made.

This album of “Country Giants” finds the unforgettable Jim Reeves (still one of the world’s top disc sellers) singing “Blue Side Of Lonesome” and “When Two Worlds Collide”; finds also a ready connection between Chet Atkins performing the song that gave Eddie Arnold a world-wide hit “Make The World Go Away”. There’s also a contribution from the king of Nova Scotia, Hank Snow. Hank has become a legend in his own lifetime, a man whose record sales are almost incalculable and whose every appearance draws a devoted and enthusiastic crowd. And, of course, there’s Skeeter Davis who makes her own mighty contribution through two songs “What Does It Take” and “I Can’t Help It” that gain much from her interpretation.

These then are the true country music giants and even if you’ve never been in the fortunate position of watching them performing on stage, you’re sure to capture, on this album, the kind of magic that makes them such giants in their field.