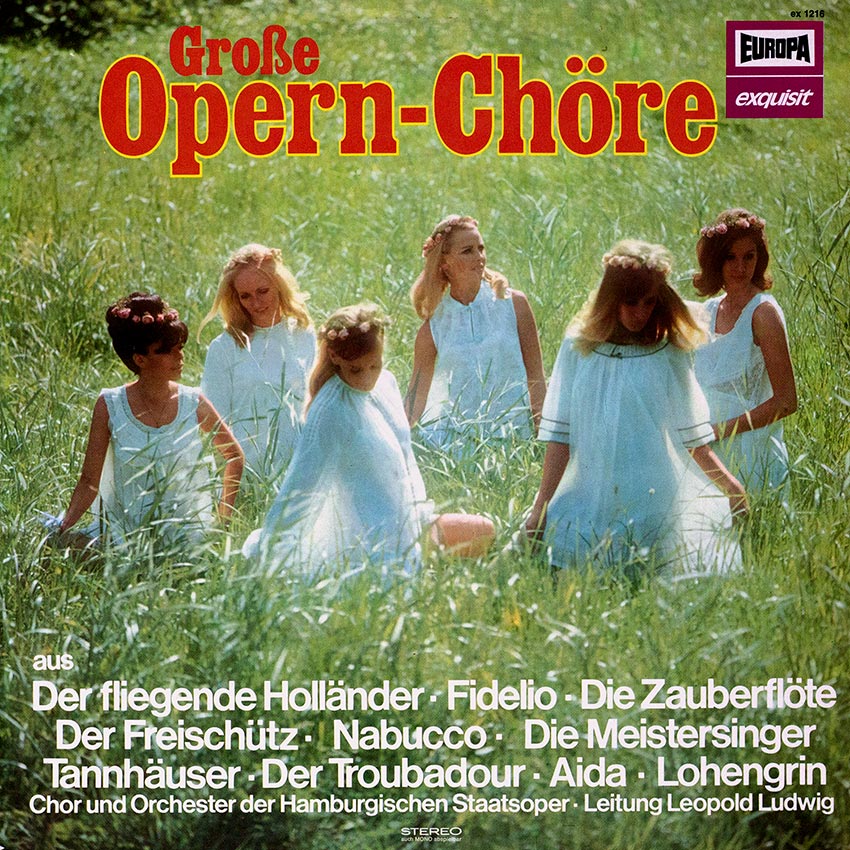 Many opera choruses have become popular in the best sense of the word: removed from the context of the action of an opera, they show their full richness in colours and atmosphere, and demonstrate how much stirring power composers invested in theiropera choruses.

Wagner is a central figure in this respect. The decisive inspiration for his Sailors’ Chorus came to him during a stormy voyage from Riga to London — incidentally, while fleeing from his creditors. The decorative Mastersingers’ Chorus has a similar graphic force, even without scenery and opera house: the music of a distinguished bourgeois society on the fairground outside the gates of the city of Nuremberg. In contrast, the “Entry of the Guests” from “Tannhauser” takes place in a courtly world, and Wagner manages to make even this sphere of society ring. His famous “Bridal Chorus” finally is a work of great tenderness and urgency.

Wagner has his great predecessors — here in Mozart’s solemn chorus of the Sarastro priests, and in Beethoven’s Prisoners’ Chorus, or even in Weber’s woodland romance of the hale and hearty Hunters’ Chorus, and he has his great Italian contemporary —Verdi.

Verdi always gave the choruses in his operas the most rewarding tasks. For example, what would “II Trovatore” be without the Gypsies’ Chorus of the Soldiers’ Chorus? Even the ceremonial climax of the glorious “Aida” would be unthinkable without the jubilant cries of victory of the Egyptians’ Chorus. Or its oppressive opposite: the heartrending Prisoners’ Chorus from “Nabucco” in which the fate of the defeated and humiliated is expressed so movingly.