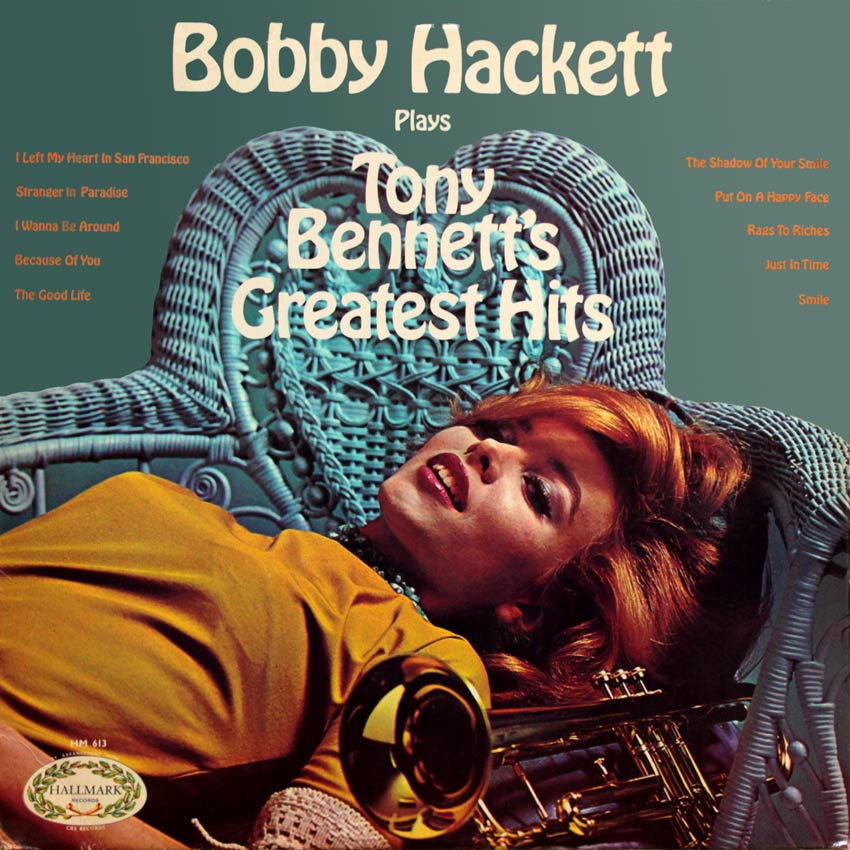 For a Hallmark budget release this album contains some fine trumpeting from Bobby Hackett if that is a correct term for the playing of a trumpet. Listen to “I Left My Heart in San Fransisco” and you’ll be transported to a place where a thick fug of smoke hangs languorously in the air, the gentle clink of cocktail glasses the only shrill sound and where velvet is the texture du jour. Time stands still and a request for water, even in a dirty glass, will have you removed unceremoniously with neither fanfare nor debate.

TONY BENNETT has about the most uncanny ear for hit songs in the music business (with a voice to match, we might add). For anyone who needs proof of this, a quick glance at even a small part of Tony’s private hit parade tells the story. How’s “I Left My Heart IN SAN FRANCISCO,” for openers? Or “Because Of You,” “I Wanna Be Around,” “The Shadow Of Your Smile,” “Rags To Riches,” “The Good Life”? .. . actually, we could go on until we ran out of ink.

Trumpet pundit Bobby Hackett, a friend and a fan of Tony, turns these same songs into a collection of instrumental gems in an album that says quite eloquently: ‘Tony sure can pick ’em and Bobby sure can play ’em.’

Tony Bennett, a friend and a fan of Bobby, has heard the album and digs what Hackett and his horn have done with the songs. We’re sure you’ll agree.