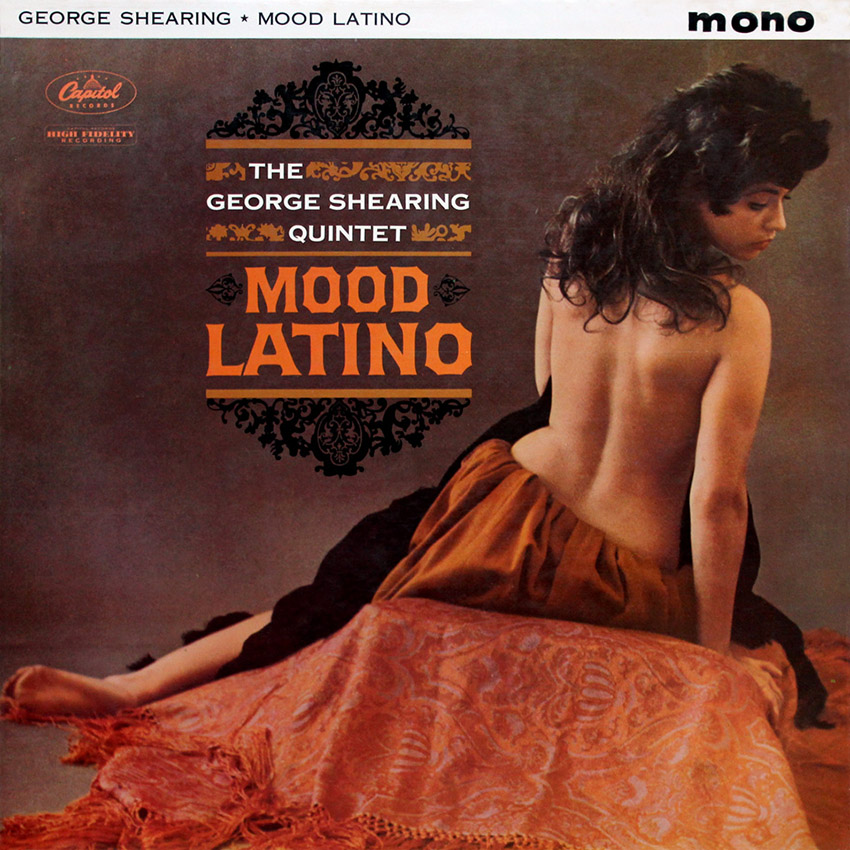 George Shearing had quite a life, successful in many ways despite being born blind. An Englishman, he later became a US citizen but retired in part back in Gloucestershire, UK in his later years. This album is typical of many from this period, very relaxing to listen to, to look at and to enjoy. George released several “Latino” records based mainly on sambas, cha-chas and boleros.

“Authentic” seldom describes Latin rhythms played by a non-Latin musician. But it has correctly applied to George Shearing’s stylings in three previous hit Latin albums for Capitol, and so it does here. George’s is a sunny, danceable, now-famous brand of Latin that he applies not only to these exciting mambos and cha-chas, but to the subtle, insinuating boleros, as well.

“These boleros,’ George explains, “bear no resemblance to the famed Ravel composition. The bolero rhythm we play here is the Latin ballad tempo. Latin with mild seasoning, if you like, it’s distinctly an Afro-Cuban style — as distinctly as Armando’s.

The bongo and conga playing of Armando Peraza is indeed distinctly Afro-Cuban, and it must be described with such contradictions as “controlled” and “frenzied,’ Armando has served as the percussion mainstay in each of the Shearing Latin albums to date, and joining him as important additions to the Quintet in each of these numbers are several other Latin percussionists and a flutist.

The flute, by the way, adds an exciting first-time element to the Shearing sound — new scope to the Quintet’s Latin mood. And “Mood Latino” promises to add a new scope to your enjoyment of Latin music. There’s enough variation in tempo — from the smooth to the tempestuous — to satisfy any listener’s ear or dancer’s feet. There’s an even mixture of standards in Latin translation and fiery Latin originals. There’s … but to say more would spoil the mood you’ll soon be in.